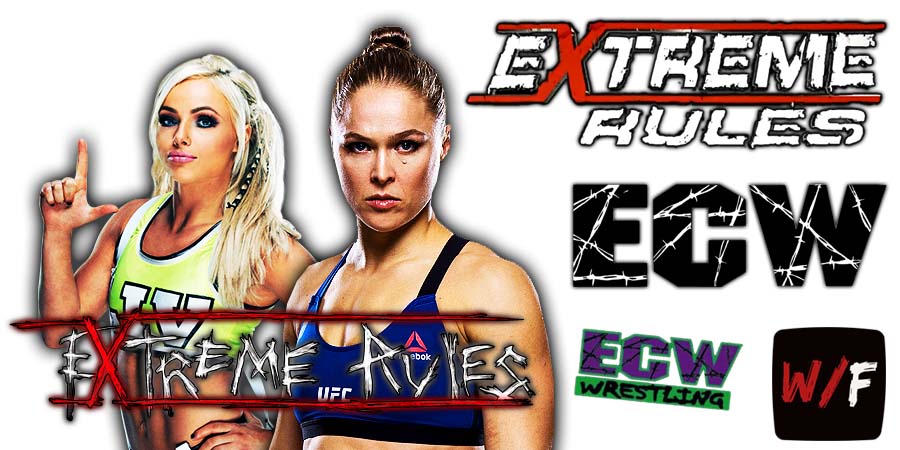 During a recent livestream on her YouTube channel, Ronda revealed that she wanted to use Legos in her match tonight, but that won’t happen because they were used during a recent match in All Elite Wrestling.

Below is what The Baddest Woman On The Planet said:

“I suggested Legos but apparently, AEW did that recently and we didn’t want people to think we’re copying. But I wanted to.”

It was broadcasted from the Conseco Fieldhouse in Indianapolis, Indiana and featured matches, interviews & segments, on the road to the ‘WWF No Mercy 2001’ PPV.

– X-Pac vs. Scotty Too Hotty