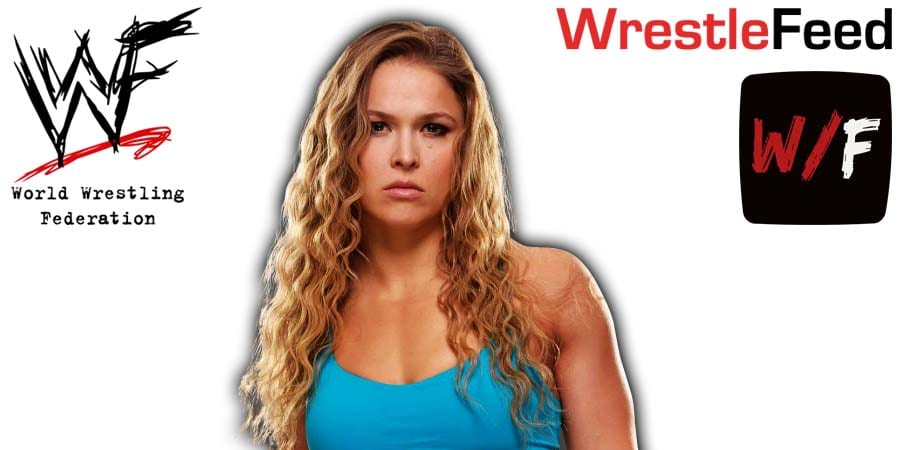 The Powers Of Pain vs. Rusty Riddle & Gene Ligon

“The Baddest Woman On The Planet” Ronda Rousey hasn’t been seen on WWE programming since WrestleMania 35, where she lost her RAW Women’s Championship to Becky Lynch in Triple-Threat match.

Following her loss, Rousey took time off from WWE to start a family.

As we noted before, Rousey was spotted training in the ring with WWE Hall Of Famer “Rowdy” Roddy Piper’s daughter, Teal Piper.

The Wrestling Observer is reporting that this is probably the beginning of a Rousey return. Her training means that she’ll be stepping into a WWE ring once again, but it’s unknown when.

Rousey also posted the following on Twitter in response to WWE posting the YouTube link to her match with Natalya for the RAW Women’s Championship on an episode of RAW in 2018.

“One of my fav matches – such a huge challenge in so many ways, what a crazy day 🥋❤️ looking forward to a rematch someday @NatbyNature!”

One of my fav matches – such a huge challenge in so many ways, what a crazy day 🥋❤️ looking forward to a rematch someday @NatbyNature! https://t.co/CVNWBU0n8m

Also Read: Former Champion Returning To WWE Within The Next Week