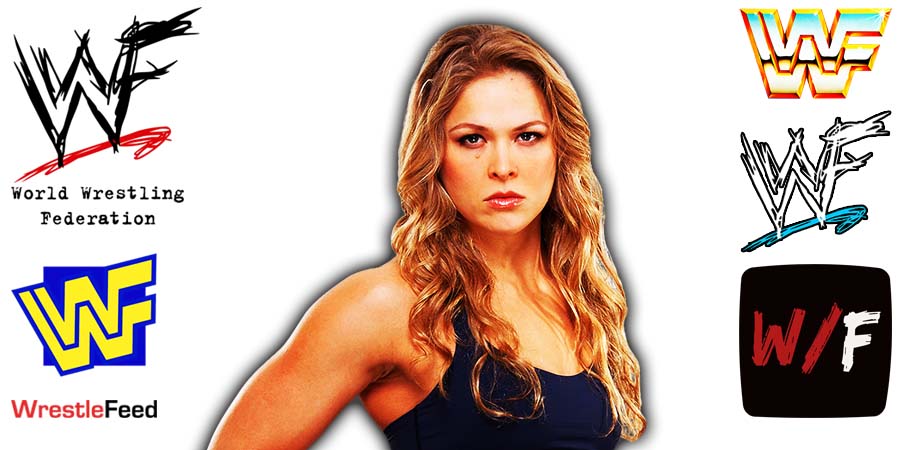 While speaking on her Vlog, Ronda said she feels this match is going to become a cult classic down the line.

Below is what ‘The Baddest Woman On The Planet’ said:

“The first time I watched the match it was on my phone with the sound off when I was trying to put Po to sleep. She was feeding. I was like, ‘Hmm.’

Then I watched it again later and was like, ‘Oh.’ I think it’s going to be like one of those cult classic matches.

It’s going to be like The Labyrinth of matches. When it first came out, everyone was like, ‘What the hell? Why does David Bowie have a giant codpiece and talking to our children?’

Later, you realize something awesome about it every time and it kind of makes it one of your favorite movies ever. I sometimes need to watch it and sing ‘You Remind Me Of The Babe.’

That’s what I feel like that match. Every time you watch it, you’ll catch something new about it. Re-watchability is something that is very important in movies. The Labyrinth, case in point.”

Rousey eventually defeated Flair to win the SmackDown Women’s Title, in an ‘I Quit’ match at WrestleMania Backlash 2022.

At WCW SuperBrawl III, he wrestled “The British Bulldog” Davey Boy Smith in one of his sporadic appearances for Ted Turner’s World Championship Wrestling.

In the summer of 1996, Irwin joined the World Wrestling Federation and became known as The Goon, an ice hockey gimmick, but only lasted till early 1997.