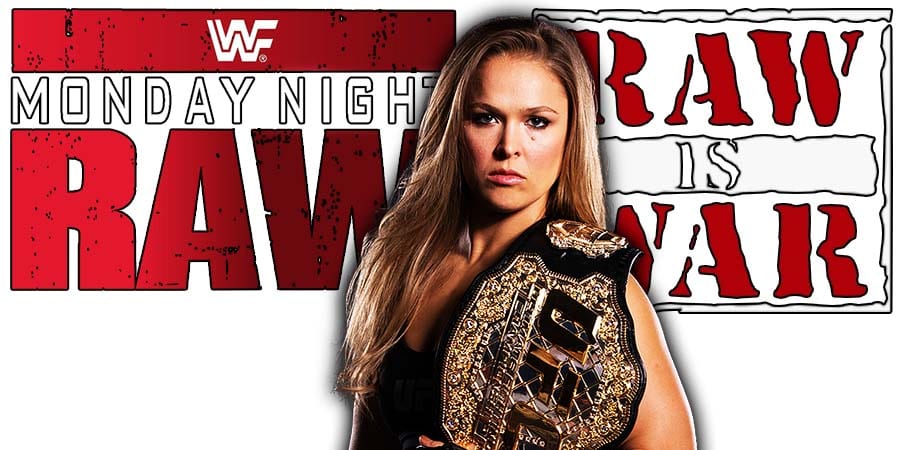 On tonight’s episode of RAW, Ronda Rousey defeated Dana Brooke to retain the RAW Women’s Championship in a squash match.

Rousey made Dana tap out to the Armbar and didn’t let go of the hold after the match ended.

After the match, Rousey attacked a WWE referee and a security guy. That’s not it. Rousey’s husband, former UFC Heavyweight Fighter Travis Browne, also punched a security guy at ringside and then left with Rousey.

Things are OUT OF CONTROL. @RondaRousey made quick work of @DanaBrookeWWE and is proceeding to attack officials and the security team on #Raw! pic.twitter.com/08BVICdOIA