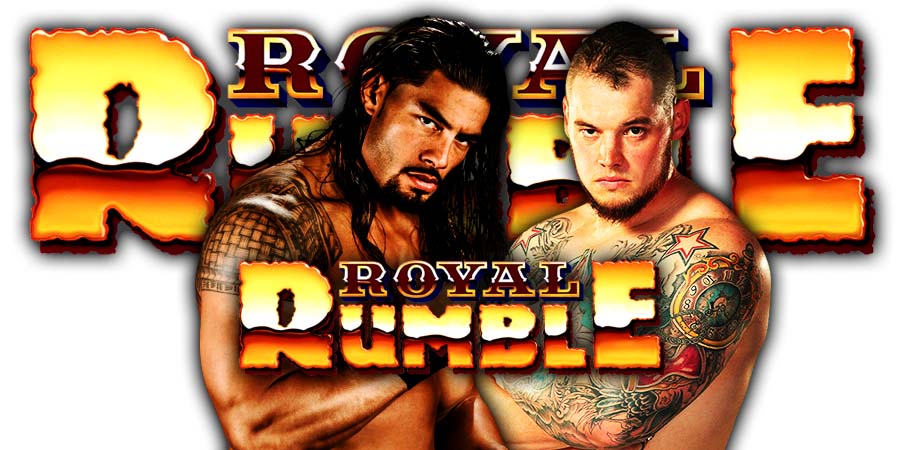 This is the 33rd annual Royal Rumble PPV. Below is the match-card for tonight’s show:

– Strap Match For The Universal Championship: The Fiend (c) vs. Daniel Bryan

The first match of the night is on the Kickoff Show and it features Sheamus having his first televised match in over 9 months and he picks up a win.

Next match was for the United States Championship and Andrade outsmarted Humberto retain the Title.

The main show for Royal Rumble 2020 kicks off with the Falls Count Anywhere match.

“The Big Dog” Roman Reigns comes out to a huge pop, followed by King Corbin.

Reigns and Corbin beat the crap out of each other in the crowd, until Robert Roode and Dolph Ziggler interfered to beat up Reigns.

.@WWERomanReigns taking the King for a ride!

This led to The Usos coming out to even the odds, but they got laid out by Roode & Ziggler.

Reigns came back into the fight and put Corbin into a portable toilet and turned it upside down!

Reigns is now punching Corbin on their way to the ring through the crowd.

Reigns hits Corbin with a Spear on the ramp and wins the match!

After this Michael Cole addressed Kobe Bryant’s death and a tribute graphic for Kobe was displayed.