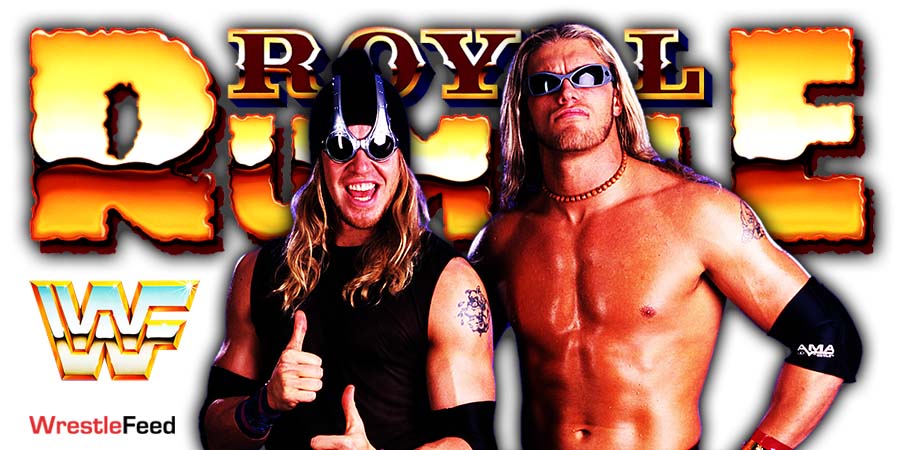 Up next is the main event of the evening and it is the Men’s Royal Rumble 2021 match.

Instead of Randy Orton, WWE Hall of Famer Edge is entry #1 and Orton is #2. Edge doesn’t wait for Orton to enter the ring and attacks him on the entrance ramp.

Orton and Edge were brawling outside and Orton has been busted open after Edge hit a DDT on Orton on top of the announce table. 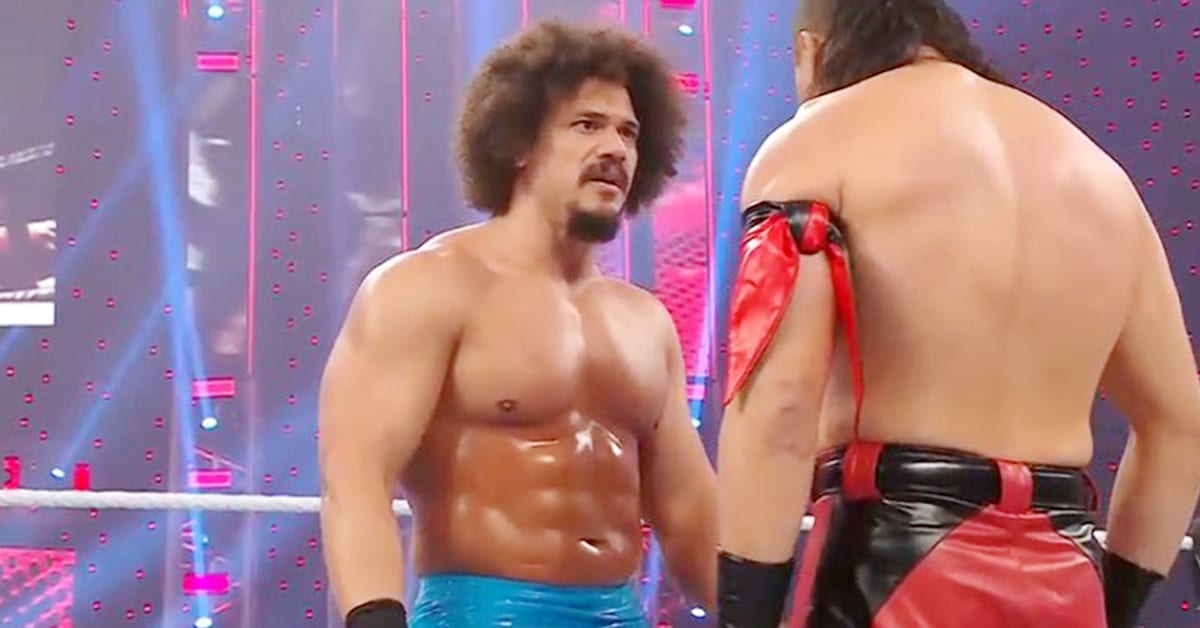 Orton is hurt and he’s taken to the back. #9 is Xavier Woods and #10 is Intercontinental Champion Big E. #11 is John Morrison.

#14 is former NXT North American Champion Damian Priest. #15 is Mr. Money In The Bank The Miz. Priest eliminates Miz & Morrison after a distraction from Bad Bunny.

Bad Bunny then dives on Miz & Morrison from the top rope to the outside!

#18 is Kane! This is Kane’s record 18th Royal Rumble match, more than anyone else. Kane enters and Chokeslams Edge and eliminates Ziggler and Ricochet.

Bryan now wants a hug with Kane and they hug it out, but Kane immediately delivers a Chokeslam!

Priest gets into Kane’s face and Kane delivers an uppercut. Kane goes for a Chokeslam, but Priest counters and eliminates the Big Red Machine!

#20 is Otis. #21 is Dominik Mysterio and he eliminates King Corbin

#23 is The Hurricane and he got eliminated by Lashley & Big E.

Edge & Christian hugged and have teamed up in this match.

#25 is AJ Styles. #26 is Rey Mysterio. Omos, who was standing outside the ring, eliminates Big E.

#28 is Cesaro. #29 is Seth Rollins. Cesaro almost eliminates Rollins and Seth is angry.

Rollins stomps Riddle on the ring apron and eliminates him.

Rollins tells Strowman that they are the future, not Edge & Christian, and Strowman slams Rollins.

E&C double team on Strowman, but the Strowman Express takes them down.

That's the thing with @RandyOrton. You never know when he'll be back with an RKO OUTTA NOWHERE! #RoyalRumble @EdgeRatedR pic.twitter.com/ix4tC9RF6s

On this day, we see clearly. #WrestleMania #RoyalRumble @EdgeRatedR pic.twitter.com/qASYcas95l

Edge is going to WrestleMania!