From 1990 to 1992 Steve Armstrong teamed with Tracy Smothers in Ted Turner’s World Championship Wrestling as The Southern Boys aka The Young Pistols, before Steve joined the World Wrestling Federation as Lance Cassidy, but the character never made it on a PPV card, so he left the promotion in early 1993.

In 1995, he returned to WCW and mostly teamed up with his brother Scott Armstrong, until Steve left the company in March 2000.

His other brothers are Brian Armstrong (“Road Dogg” Jesse James) & the late Brad Armstrong and their father is WWE Hall of Famer “Bullet” Bob Armstrong.

BREAKING: Sami Zayn will be making his return on #Raw this Monday to address his WrestleMania status. 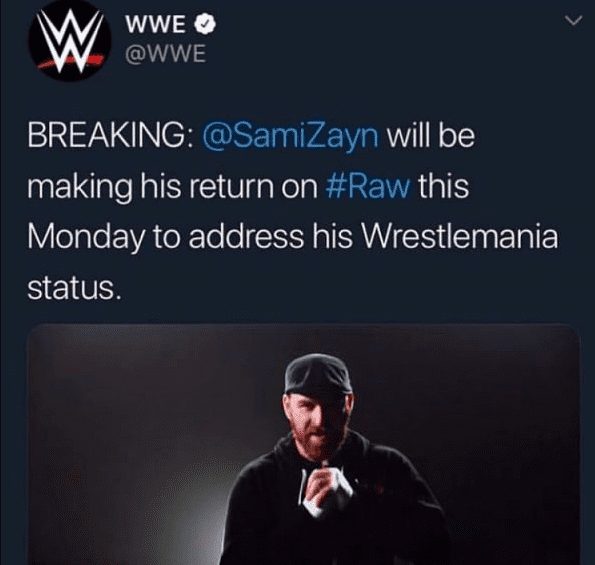 We can confirm that this was just a fan-made screenshot and WWE hasn’t made any announcement regarding Zayn’s return on next week’s RAW.

WWE is currently promoting the following things for next week’s RAW in Chicago: