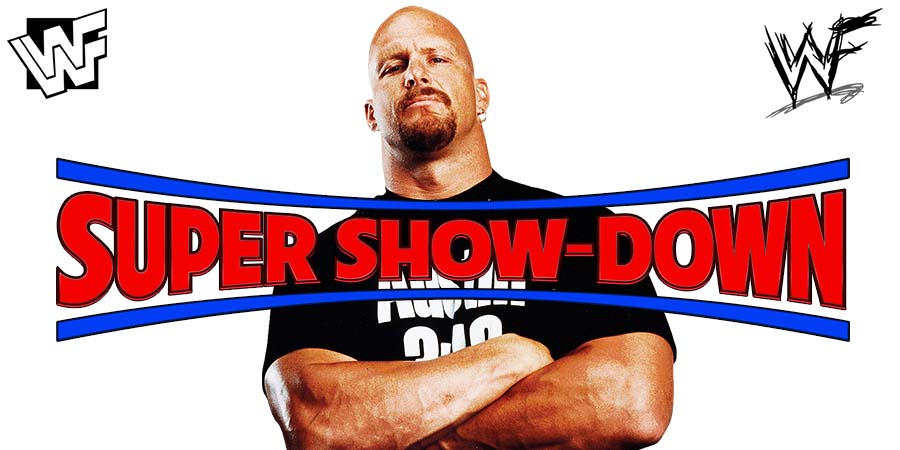 There’s a rumor going on that WWE Hall of Famer “Stone Cold” Steve Austin is going to be the Special Guest Referee for the ‘Last Time Ever’ match between The Undertaker & Triple H on October 6th at the WWE Super Show-Down event in Australia.

This rumor began when the following photo surfaced on social media: 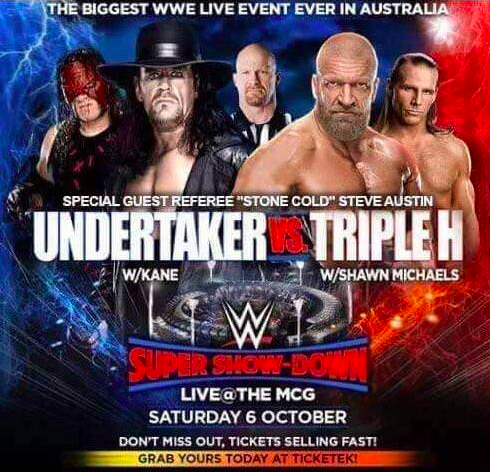 It can now be confirmed that the above image was photoshopped by a fan to add Austin and the special guest referee text to the original poster (which can you see below): 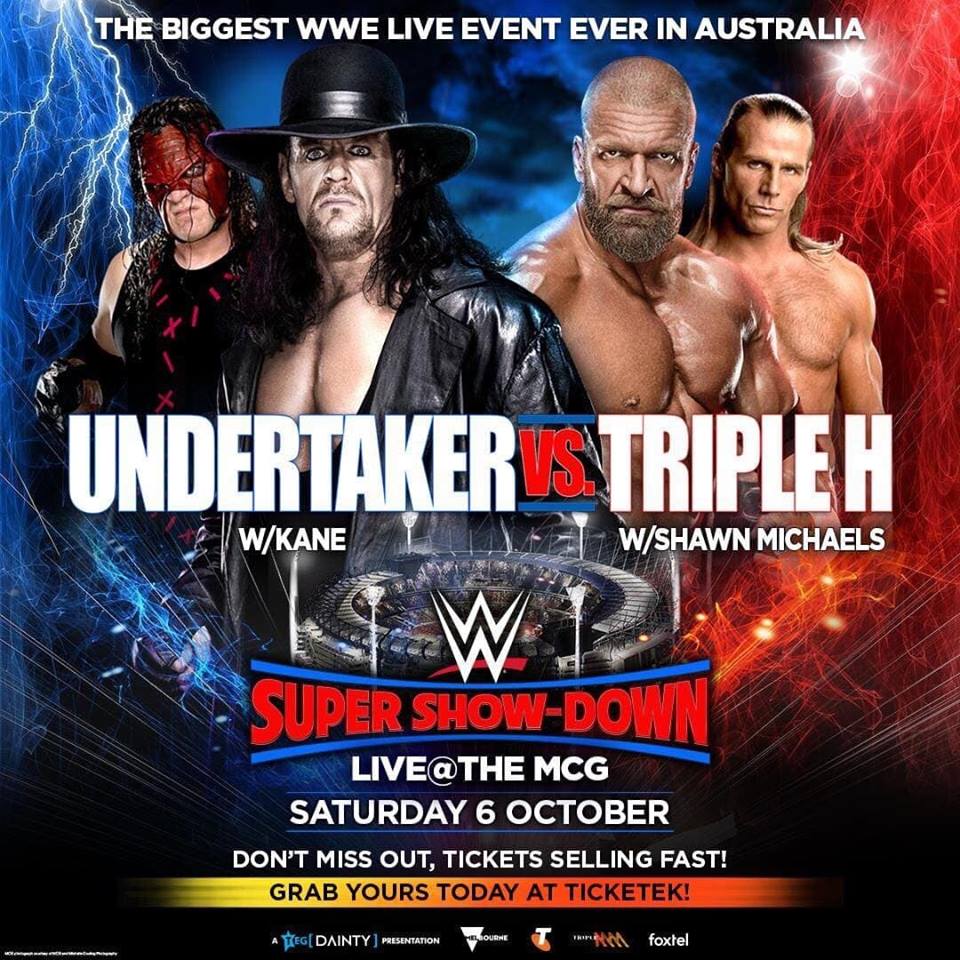 So Austin will not be working the WWE Super Show-Down event.

Speaking of WWE Super Show-Down, 10 matches have been announced so far for this show and you can check it out below:

– No DQ, No Count-Out Match For The WWE Championship: AJ Styles (c) vs. Samoa Joe