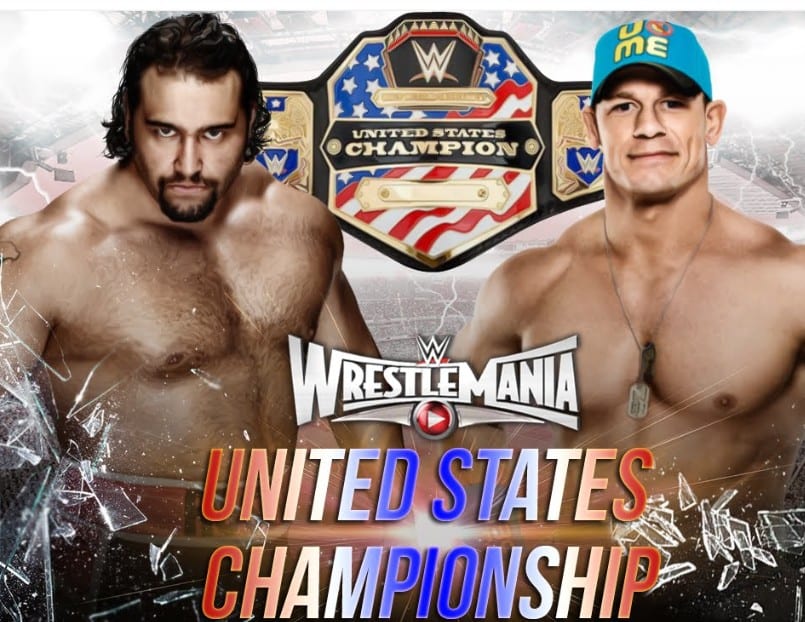 Next match at WrestleMania 31 is for the United States Championship between Rusev & John Cena. Rusev makes his special entrance first. John Cena makes his entrance next. Both men are booed during introduction. Cena starts the match with a clothesline. Rusev with a huge spinning heel kick. Rusev with a big bodyslam! Good back and forth action and Cena receives a big knee to the head and Cena looks hurt. Cena puts Rusev in STF. Lana just removed her shoes threw them in the ring to distract Cena. Rusev with a powerful slam to Cena. Rusev with a flying headbutt from the top rope for the first time ever! But Cena kicks out. Crowd is chanting for Rusev. Rusev is ready to crush. Rusev trying to apply the Accolade but Cena resists and hits a Stunner from the second rope! Rusev with a kick to Cena’s face. Rusev with a kick to the back of Cena and applies the Accolade! Cena looks in trouble. Cena lifts Rusev with Accolade locked in. Cena applies the STF! Rusev hits Lana and Cena hits AA and Cena wins the US title!