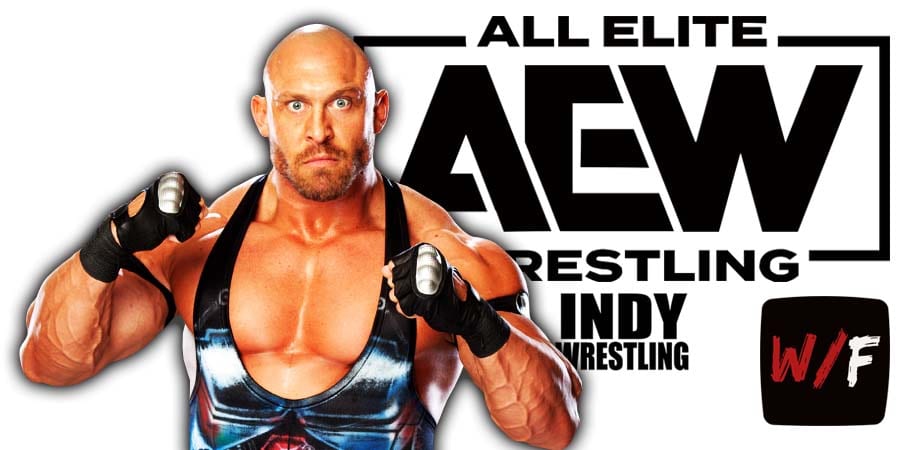 • Ryback Gets Heat For His Tweet After CM Punk Announced Injury

However, he won’t be relinquishing the Title, as AEW will crown an Interim Champion.

There will be a Battle Royale on next week’s Dynamite. The winner will face Jon Moxley in the main event of Dynamite.

The winner of the Dynamite main event will go on to AEW x NJPW: Forbidden Door PPV later this month to challenge for the Interim AEW World Championship.

THIS WEDNESDAY on #AEWDynamite at 8/7c on TBS, we’ll kick things off with a Battle Royale to determine who faces #1 contender @JonMoxley in the Dynamite main event. The winner of Dynamite’s main event goes on to #ForbiddenDoor to challenge for the Interim #AEW World Championship! pic.twitter.com/xWqt9q1BlO

Former WWE Superstar Ryback tweeted the following after Punk’s announcement, which got him a lot of heat:

Ryback usually makes such controversial tweets because he claims WWE has a hand in his Twitter reach being restricted.

Tweets like this result in more engagement for him and he ended up trending on Twitter, which is exactly what he wanted.