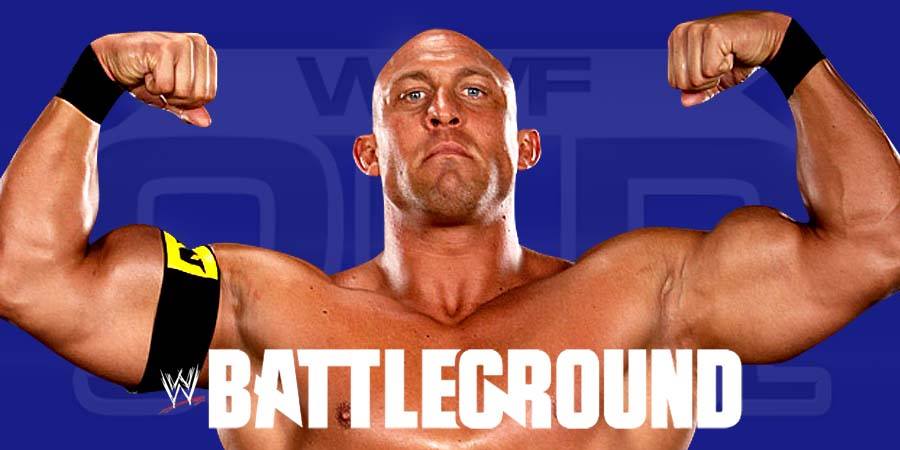 WWE announced that Ryback suffered an injury on this week’s Monday Night Raw.

“Earlier this week on Raw, Intercontinental Champion Ryback sustained a right knee injury that will prevent him from competing and defending his title this weekend at WWE Battleground 2015.
UPDATE: WWE.com has learned that Ryback was diagnosed with a staph infection following Monday Night Raw. He was admitted to a medical facility, where he is currently undergoing treatment. Though the infection is severe and will be keeping him out of action this Sunday, he is expected to make a full recovery in the coming weeks.”

Ryback won’t be able to defend his Intercontinental Title this Sunday at Battleground 2015 and WWE didn’t give an update yet on Miz & Big Show’s status for the PPV. Ryback posted the following on Twitter:

“After Raw Monday I woke up Tuesday morning before some media appearances with a severe staph infection in my right knee. I was brought to a hospital and put on strong antibiotics and had 90 cc of fluid drained out of knee in a 24 hour period. We caught it in time thanks to the great WWE medical team and I will make a full recovery. Will be kept in the hospital for several days and I will not be able to defend my Intercontinental Championship this Sunday. I am sorry to all my fans and the WWE. I will be back shortly, but I have to get this corrected.”