• Ryback Releases Document In Which WWE Tried To Threaten Him (Photo)

Ryback posted a photo of a document that WWE sent him a few years ago. Below is what Ryback tweeted about it: 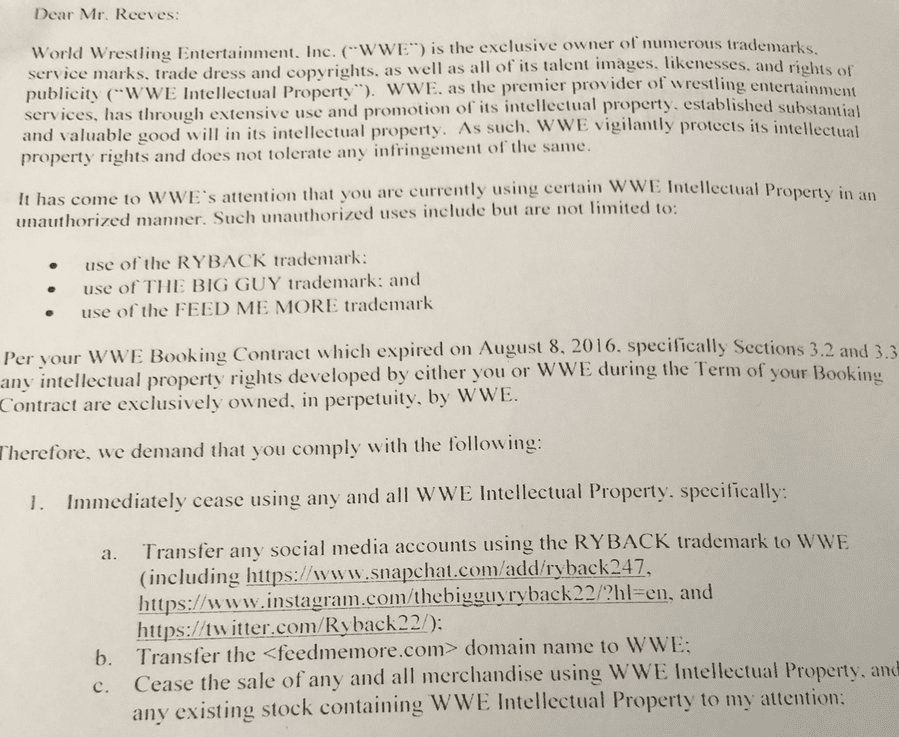