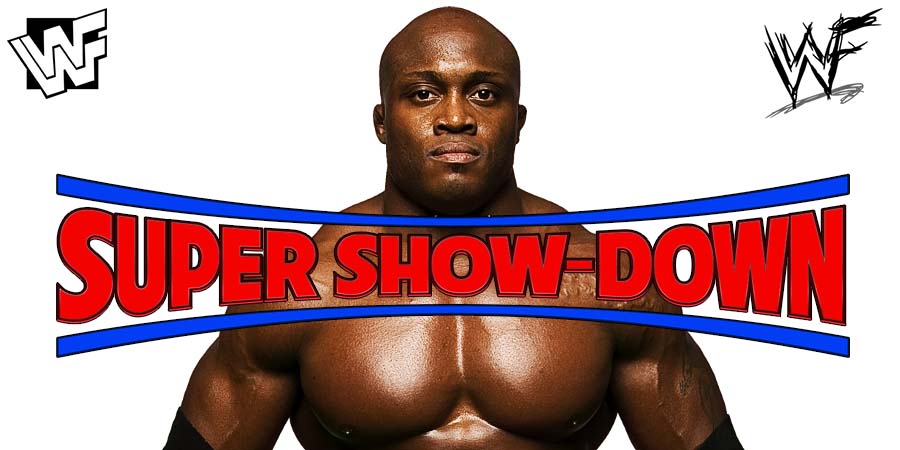 6. The Oddities (Golga & Kurrgan) vs. The Headbangers

8. Ken Shamrock, Mankind & The Rock vs. Kane & The Undertaker

However, things haven’t gone in Lashley’s way after that as he soon lost a #1 contenders match to Reigns on RAW.

But sad things for Lashley don’t end there. Two big PPV events have happened since then (SummerSlam 2018 & Hell In A Cell 2018) and Lashley wasn’t featured on them, not even on the Kickoff show.

Lashley is currently feuding with Elias & Kevin Owens as he’ll be teaming up with John Cena to face Elias & Owens at WWE Super Show-Down next Saturday.

While many people want Lashley to be involved in a feud with Brock Lesnar or go after the Universal Championship, but it looks like that’s not happening anytime soon.

During a recent interview with The Big J Show on KRSQ Hot 101.9, Lashley was asked about WWE teasing him facing Brock Lesnar for the Universal Title (but Roman Reigns defeated him to earn that match), but still not getting a chance to be in the same ring with “The Beast Incarnate”.

Below is what Lashley had to say about this:

“I wasn’t so much bummed, I was more pi$$ed off. Ever since I came into WWE, there’s always been that comparison, and our paths have never crossed.

When asked if he wants to face Lesnar in a WWE ring or an MMA cage, Lashley said the following:

“To me, it really doesn’t matter. Either way, that’s a huge fight.”