– At last night’s FastLane 2017 PPV, Samoa Joe teased that he’s going to reveal his WrestleMania 33 plans soon. Later on in a backstage interview, Joe noted that his mission statement at WrestleMania 33 is to hurt everyone who gets in his match.

The current plan for Joe is for him to be a part of the Andre the Giant Memorial Battle Royal. You can watch Joe’s promo below:

– Despite signing with Ring of Honor Wrestling and winning the ROH Tag Team Titles along with Jeff Hardy, “Broken” Matt Hardy is still teasing a return to WWE and going after the Raw Tag Team Titles. Below is what Matt tweeted:

#BrotherNero & I have already DELETED the title reign of The Club's #BucksOfYouth.

Below is the photo of The Hardy Boyz as the ROH Tag Team Champions: 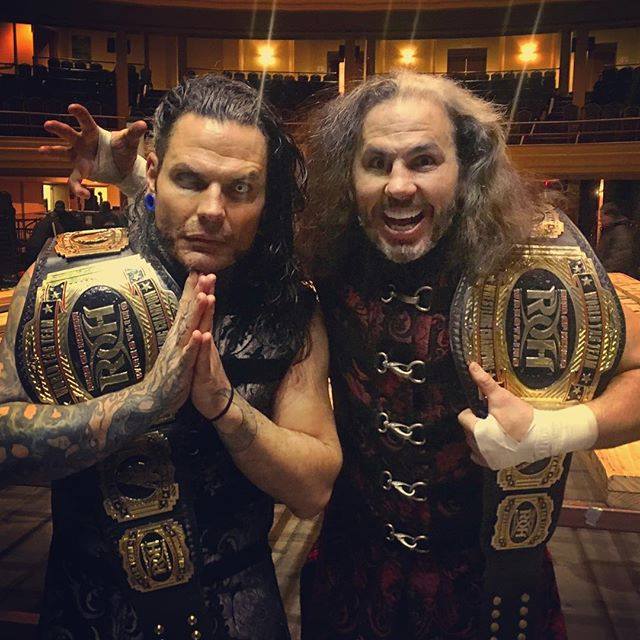