This episode was pre-taped from the BJCC in Birmingham, Alabama and featured matches, interviews & storyline segments on the road to the ‘WWE NO MERCY 2003’ PPV.

• Sasha Banks Owns A Fan Who Got Heartbroken Over Her Marriage

Under one of Sasha Banks’ recent Instagram posts, a fan noted how he’s heartbroken after he learned that Sasha is married.

Sasha ended up owning the fan with her response. You can read their exchange below:

Fan: I just found out ur married n it broke my heart

Sasha: Like you had a chance pfpfppfpf. Stay broke 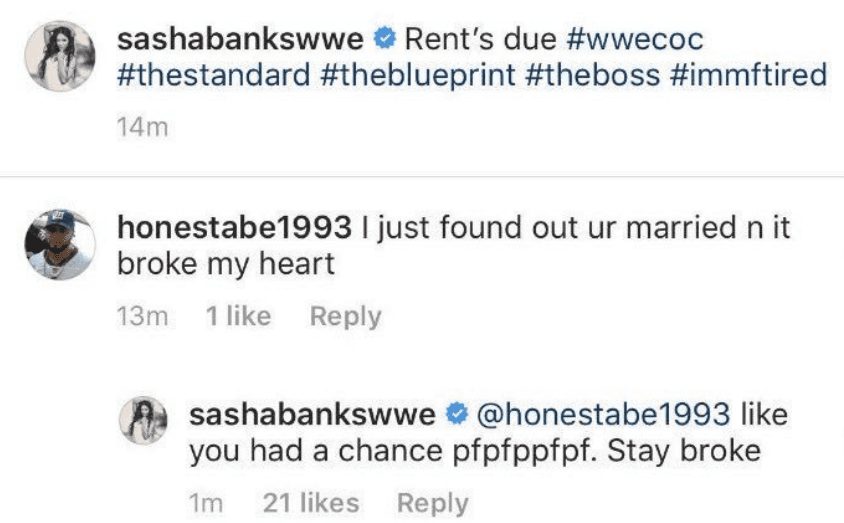