Then on Friday’s SmackDown, they were stripped of their Titles and were suspended indefinitely.

The Boss was enjoying herself at a Steve Aoki concert last night. 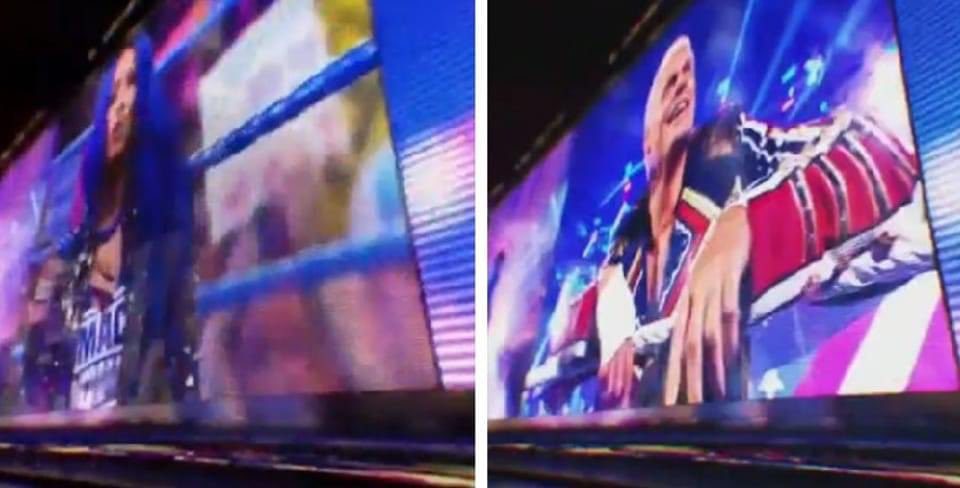 The Rockers vs. The Bolsheviks

A Vignette On Rick Rude Training

The Big Boss Man vs. The Black Knight

Dino Bravo vs. The Red Rooster

The Barbarian vs. Ray Major