– The Hardliners vs. The Enforcers

Bayley then explained her heel turn the next night on SmackDown, where she said that she was teaching kids the meaning of loyalty. Sasha & Becky then beat down Charlotte Flair.

Bayley & Sasha Banks will now face Becky Lynch and Charlotte Flair in a tag team match on this week’s RAW.

Sasha teased new ring gear for Bayley by posting the following photo on her Instagram story: 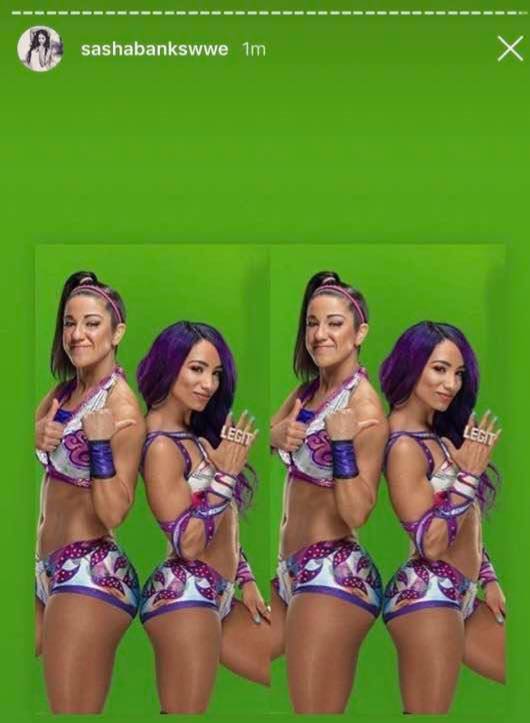