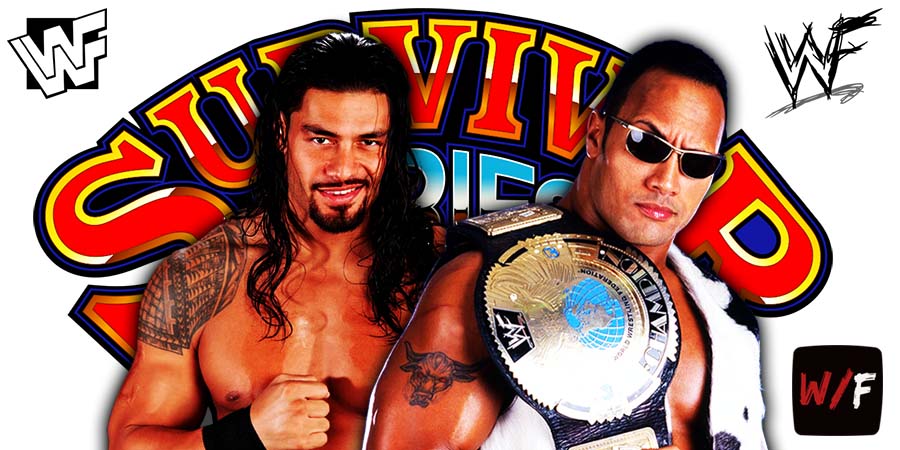 • Seeds Planted For The Rock vs. Roman Reigns At Tonight’s Survivor Series 2021 PPV

Vince reminded Roman that The Rock (who is Reigns’ cousin) signed with the WWF when he only had $7 to his name, and look where he is today.

Vince showed him Cleopatra’s egg. He said this is the real one, not the one that was used in The Rock’s Red Notice movie. Vince said Rock gifted him this as a token of appreciation and is worth $100 million.

This segment was done to plant seeds for a future match between The Great One and The Tribal Chief.

As of this moment, it’s not clear if The Rock is free to work WrestleMania 38. There were some reports that WWE might do this match in 2023 at WrestleMania 39 (WrestleMania Hollywood).

We’ll keep you updated here on WWFOldSchool.com and on our WrestleFeed App.

Also Read: “I don’t think there’s any other choice” – Roman Reigns On Facing The Rock One Day