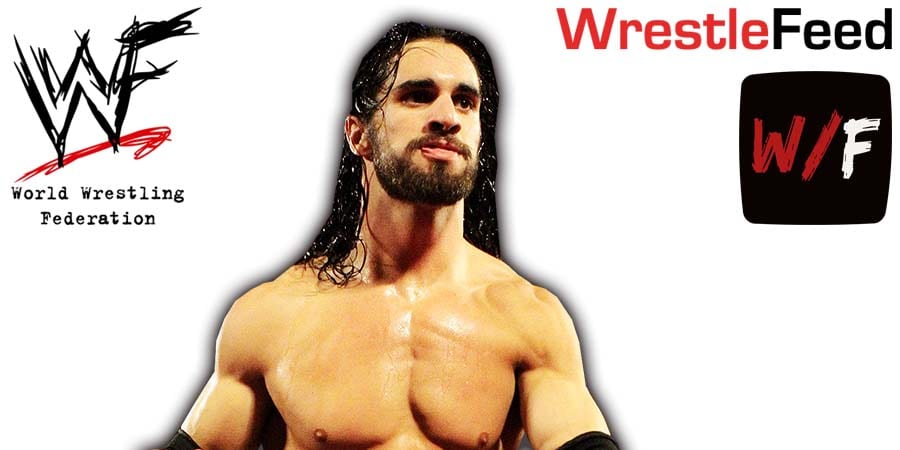 • Seth Rollins Blacks Out All Of His Accounts

Rollins was about to win the match and Titles for his team when he put away Chad Gable with a Stomp, but Riddle came in, threw Rollins out of the ring and pinned Gable to make him and Randy Orton the champions again.

Seth was left in shock after that, because now he doesn’t know how he’ll end up on the WrestleMania 38 match-card.

Rollins has now blacked out all of his social media accounts:

please pray for seth rollins, nothing happened to him, he’s just about to have another psychotic break pic.twitter.com/lLYH5CFgTq

Oh… looks like Seth has gone dark on his socials, all blacked out and no bio. Also his Twitter doesn't have his name up just … 🤔 #SethRollins pic.twitter.com/YXYLdy7JiP

There have been rumors about Seth Rollins vs. Cody Rhodes taking place at WrestleMania 38 if Cody returns to WWE, but there has been no confirmation about it whatsoever.