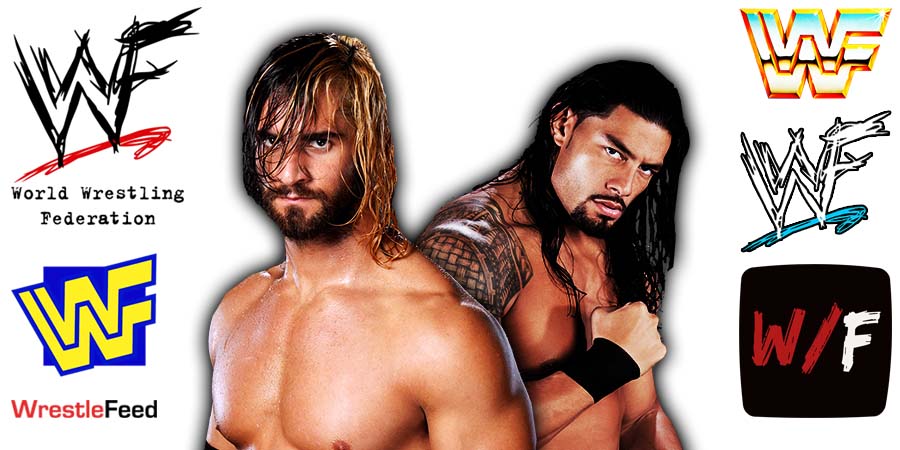 • Seth Rollins Comments On Being A Second Fiddle To Roman Reigns

During an interview with BT Sport, Seth Rollins talked about not being the “Face of WWE”.

On his WWE World Heavyweight Championship victory in the impromptu (due to Money In The Bank cash-in) main event at WrestleMania 31:

“Even when I had won the Title at WrestleMania (31), cashed-in. Great moment. I still felt like I was second fiddle to Roman (Reigns)…

So no, I’ve never ever felt like, in my time in WWE, that the company was like ‘Yep, he’s our guy, put his face on everything.’”

On getting a proper WrestleMania main event one day:

“I don’t know, man. I wonder often if because I live in the Roman era that’s just never gonna happen.

The only time I was even considered, I think, for the main event of WrestleMania, (was when) Roman, when he got Leukemia…

The best I can hope for is to be the Edge to his [John] Cena, the [Randy] Savage to his [Hulk] Hogan. Sometimes I just feel like that’s just the way the cookie crumbles.

Doesn’t mean that I don’t think I’m better than he is, or that I can perform or I can draw at that level, I certainly think all those things, but it’s not my sandbox, I don’t make those decisions.”

Rollins has noted in previous interviews that he was heartbroken when his wife, Becky Lynch, main evented WrestleMania 35 instead of him, because he really believed 2019 was going to be the year where he properly main evented a WrestleMania (as he mentioned in this interview too, as Reigns wasn’t in the main event scene in 2019 because he just returned after putting Leukemia in remission).

He was named a Von Erich, when legendary WCCW promoter Fritz Von Erich billed him as his brother.

During the 60s & 70s people did believe that Waldo was a legitimate family member, while later on the fans didn’t fall for Lance Von Erich, who was brought in as Waldo’s son in 1985.