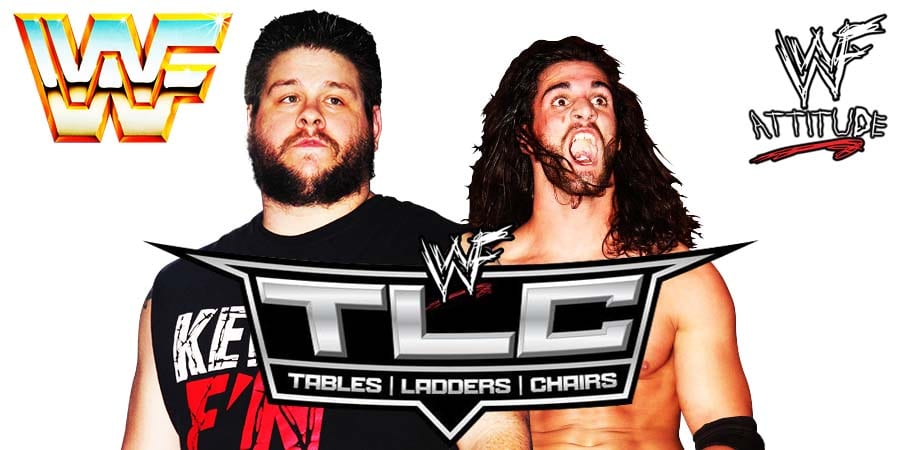 This episode was pre-taped at the Joyce Atheltic & Convocation Center in South Bend, Indiana and featured matches, interviews & storyline segments on the road to the ‘WWF WrestleMania III’ PPV.

According to the Wrestling Observer, Seth Rollins vs. Kevin Owens was originally planned to take place at TLC 2019, but it looks like that’s no longer the case.

Rollins was originally scheduled to wrestle Cedric Alexander on RAW, but he broke his little finger at a WWE Live Event last Sunday, so that match was called off and WWE went with an angle where Rollins (who completed his heel turn by joining forces with AOP) took out Owens with a Stomp on the concrete floor.

WWE is now expected to sell the attack on Owens and Rollins vs. Owens will most likely be saved for a later date now.

Another match that WWE planned to do at TLC 2019 is AJ Styles vs. Randy Orton. While the match hasn’t been announced for the PPV yet, it is expected to take place on the PPV as WWE has already planted seeds for this match (Orton cost AJ the United States Championship).

Below is the match-card for TLC 2019 as of this writing: