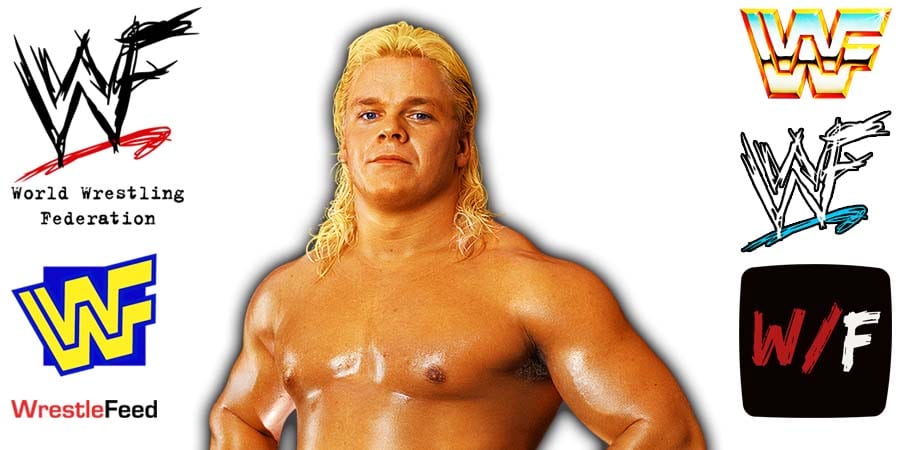 During the interview, Douglas talked about his very first WWF match, where he wrestled as Jobber Troy Martin (his real name) against ‘The Macho Man’ Randy Savage on the September 13th, 1986 episode of WWF Superstars of Wrestling.

Here’s what The Franchise said about his WWF debut:

“Very first match, first show, first taping, and he was larger than life, obviously, right, I mean, top heel in our business and the over-the-top character that he emotes on television.

But when I met him, he was such a gracious guy. So easy to work with.

He came to me and said, ‘Hey kid, what kind of stuff can you do?’ I was literally afraid to open my mouth. And he said, ‘No seriously, what can you do?’ I said, ‘I can do dropkicks and I can do suplexes and crossbodies,’ gave him a couple ideas. He was like, ‘I got it, I got it.’ And he walked away.

We went and had the match, and gave me a tiny bit in the match and got typical ‘Macho Man’ heat on me.

And we came to the back, and I expected him to go to the dressing room and ignore me. I’d done my job, right, I was paid to do my job.

And he came up to me, and I remember when he shook my hand, he bowed and he thanked me. And he wouldn’t let go of my hand, and kept shaking my hand saying, ‘Thank you, thank you.’

And he said, ‘Always remember, kid, if you wanna have a career in this business, always thank the guy that puts you over because he is the guy that’s allowing you to have that career,’ and I never ever forgot that.”

On this day in Pro Wrestling history on April 24, 2005, Total Nonstop Action aired ‘TNA Lockdown 2005’ LIVE on PPV from the TNA Impact! Zone at the Universal Studios in Orlando, Florida.

This was the first ever pay-per-view that featured only Six Sides of Steel matches.