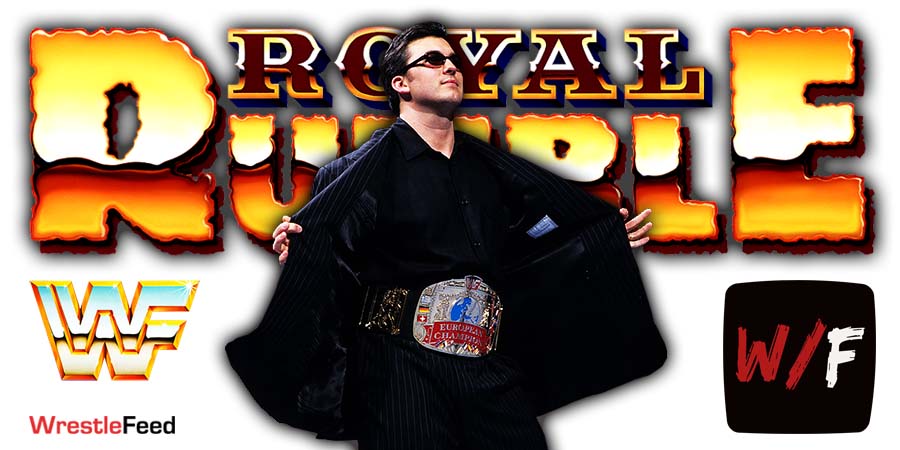 As seen during the Men’s Royal Rumble 2022 match, Shane McMahon returned as a surprise entrant at #28 and eliminated Kevin Owens.

Shane was then eliminated by Brock Lesnar, who ended up winning the match.

According to Ringsidenews, Shane O’Mac has a lot of heat with other WWE Superstars with how he booked the Men’s Rumble:

“Shane McMahon was producer and lead writer for the Men’s Royal Rumble match and there is A TON of heat on him for it.

We were told that Shane was fighting everyone, booking himself to be one of the last one’s out, eliminating KO, and just standing toe-to-toe with everyone has the entire locker room really angry.”

As we reported earlier, Shane is scheduled to compete at Elimination Chamber 2022 and WrestleMania 38 as well.

Also Read: Another Spoiler On Upcoming Plan For Shane McMahon

3) Back with Orndorff on set