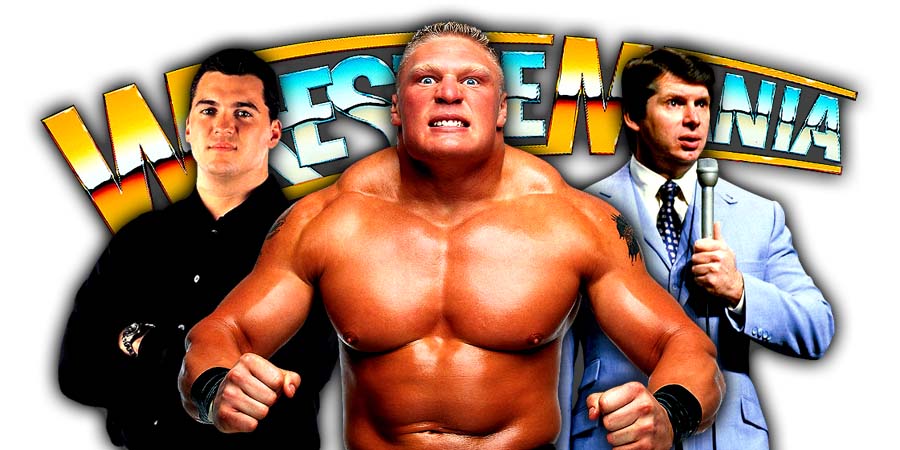 Where does Charlotte go after beating Asuka?

“Having firmly proved that she was indeed ready for Asuka, SmackDown Women’s Champion Charlotte Flair now stands atop the mountain as the definitive Queen of WWE. Who will step up to challenge Flair? Could we see Naomi, the winner of the first-ever WrestleMania Women’s Battle Royal, shine her glow the Queen’s way? Or, could the likes of The Riott Squad or Becky Lynch make a power play for the top spot on Team Blue? And when will Carmella look to strike with her Money in the Bank contract?

Find out tonight at 8/7 C on SmackDown LIVE!”

According to WrestleVotes (the source which has broken multiple news stories in the past) noted that Universal Champion Brock Lesnar had some words backstage after successfully defending his Universal Championship in the main event of WrestleMania 34.

While things didn’t get heated during this, but people did step in to make sure nothing gets physical.

Revised- Lesnar had words for those backstage last night once he arrived back after the match. Nothing physical I’m told. Others did step in to make sure it didn’t escalate.

According to ProWrestlingSheet, there was a backstage confrontation between Brock Lesnar & Vince McMahon and people had to step in to make sure things don’t get out of hand.

During this verbal confrontation, an angry Lesnar either threw the Universal Title belt at Vince or the wall.

There’s also a rumour going on that Lesnar went off the script a little bit towards the end of the match, but this hasn’t been confirmed yet.

Now Dave Meltzer of the Wrestling Observer has also weighed in on this and said that Shane McMahon wanted to (or at least looked like he wanted to) fight Brock Lesnar after Lesnar allegedly threw the Universal Title belt at Vince.

Meltzer noted that people watching that incident didn’t know if they were getting worked with this, but they were indeed worked with the WrestleMania 34 main event finish as no one expected Reigns to get pinned by Lesnar.

It should be noted that all of this could turn out to be a work to increase the interest surrounding the Universal Title picture (given the fact that Lesnar re-signed with WWE).