During a recent interview with WSVN-TV Entertainment Reporter Chris Van Vliet, WWF Attitude Era Veteran Gangrel talked about training Rusev, what made Attitude Era great, taste of the blood he used during The Brood’s entrance & more.

“He’s always been a good guy and had a funny personality but I think his wife is a good asset to him, she brings a lot of the clown out in him. He deserves everything he’s got, he’s like the American dream. He moved from Bulgaria to become a pro wrestler so he came to that wrestling school, he trained and he worked three jobs. We had classes back then in the morning and in the afternoon, so he would literally sleep in the car in between the classes. He wouldn’t go home so he wouldn’t miss the classes or miss a shift at work. He really, really put the time and the work in and was totally dedicated. I couldn’t be prouder of him.”

On what made Attitude Era great:

“The greatest thing about the Attitude Era is everybody had a storyline from Funaki to myself to The Rock. As high up the food chain as you could go, to the bottom. Every win and loss meant something. Nothing was just wasted. They didn’t just throw matches together because it sounded good. Even if you were going out there on Jakked and you got a win on Jakked or if somebody beat you on an early segment on Raw, it all meant something.”

On taste of the blood he used during The Brood’s entrance:

“I’m particular about my blood, I like a zesty mint. It’s stage blood, but it’s a zesty mint. I won’t use anything but a zesty mint. When I’m shipping it in, I’ll pay the extra $5 just to make sure it’s the zesty mint. As a vampire, I always have some fresh breath.”

On the secret message in The Brood’s entrance theme:

“If you have the right skills and technology to play it backwards, the guy who did the music, Jim Johnston was a big Beatles fan, so it says ‘I buried Paul, walk with me.'”

On travelling with Chris Benoit and Eddie Guerrero:

“It was probably the most amazing thing out of my journeys. I never stopped learning between the two of them. Eddie, just from his family of wrestling and Chris coming out of Stampede Wrestling in Calgary which is where I first got my start. I was very driven and connected to his style because we worked with the same people. I just never stopped learning. They never stopped talking, they were learning off each other. We figured if we didn’t learn something every match or every car ride or every situation, then we didn’t need to be in wrestling.”

On Lita writing Luna’s name on her arm during the Women’s Royal Rumble match:

“I thought that was pretty awesome because a lot of people don’t know this but Luna pushed a lot for Lita. When i saw her do that I felt really good inside like somebody is actually giving something back because Luna truly loved wrestling. It didn’t love her, but she gave everything to pro wrestling.”

WWE Hall of Famer Shawn Michaels made his Professional Wrestling debut in 1984 and has always sported long hair since then. But now, he has cut his long hair. 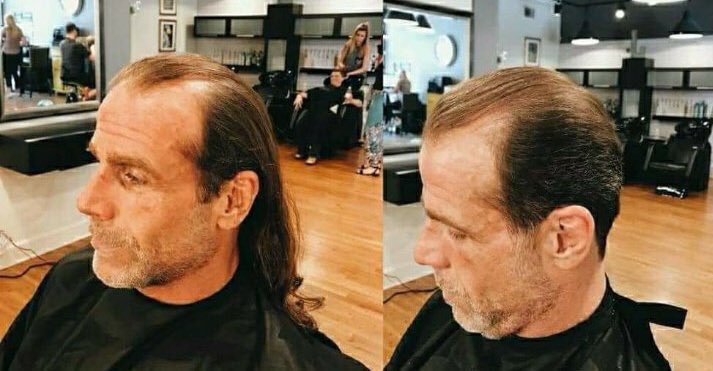