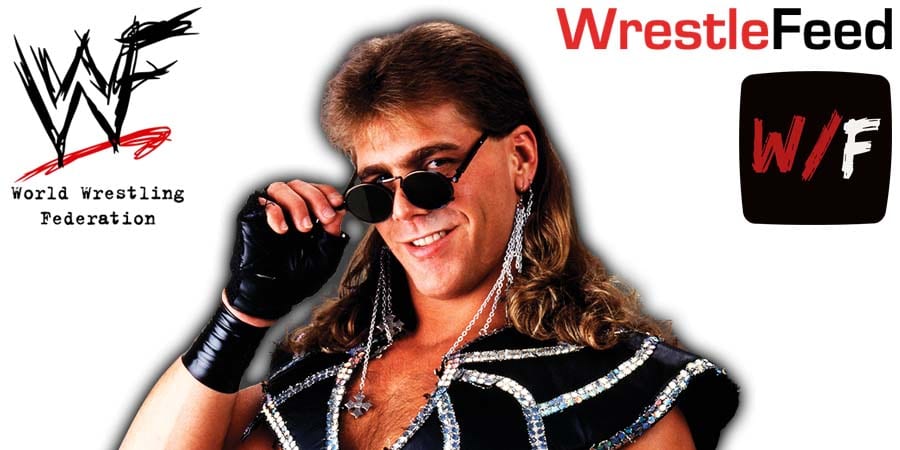 • Shawn Michaels Responds To Fans Who Think He Was Overrated

During a recent appearance on WWE’s After The Bell podcast, 2-time WWE Hall Of Famer Shawn Michaels talked about his legendary in-ring performances over the years.

HBK is aware that there are some fans who think he was “overrated” in the ring and he addressed those fans.

Below is what Mr. WrestleMania said:

“I’ve seen people working very hard trying to diminish a lot of my performances, ‘Ah, it wasn’t really real.’ Sorry, I’m always of the school — apparently there’s a real version of what it is we do, and I didn’t do that.

All I’m saying is, I understand everyone has a preference, but again, I feel like if you are not evolving and changing… I don’t know, you’re going backwards. I think you get swallowed up that way.

So, I just think you always wanna stay ahead of the curve because slowing down, that we can do. That we’ll be able to figure out. Let’s find out what the next hurdle is, and then we can think about slowing down.”

Also Read: “Hunter and I are actually doing all the things that Vince did with us back in the 90s” – Shawn Michaels

This episode took place at the TNA Impact Zone in Orlando, Florida and featured matches, interviews & storyline segments on the road to the ‘TNA Bound For Glory 2006’ PPV.