This is part 3 of our SmackDown 1000 Live Coverage.

Up next is the SmackDown Tag Team Championship match. We have special guest commentary team for this match with WWE Hall of Famers Jerry “The King” Lawler and Booker T.

After good back & forth action, it looked like The Bar had The New Day beat after Cesaro hit Big E with Neutralizer, but Xavier Woods jumped in the ring to break the pinfall attempt by Cesaro.

The Bar attacks all members of The New Day outside and even throw down their pancake announce table.

All of a sudden The Big Show’s music hits and he comes out!

The Big Show turns heel and he Chokeslams Kofi Kingston through the Table!

This causes distraction in the ring as Sheamus nails a Brogue Kick on Big E to win the match! 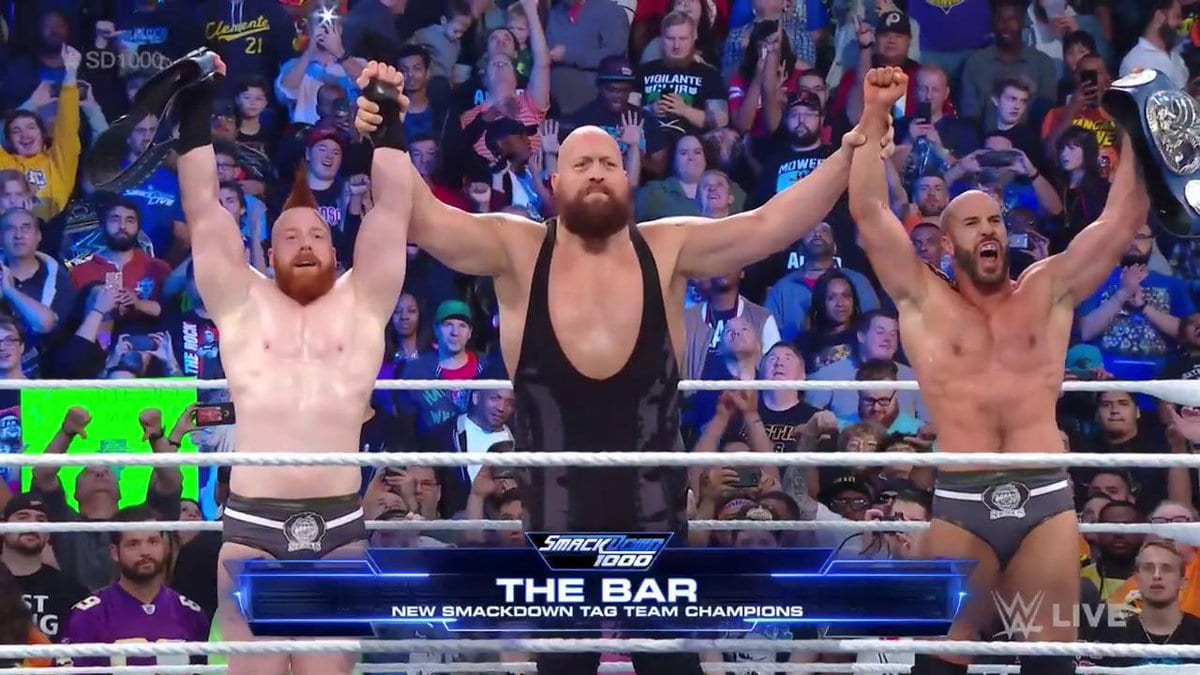 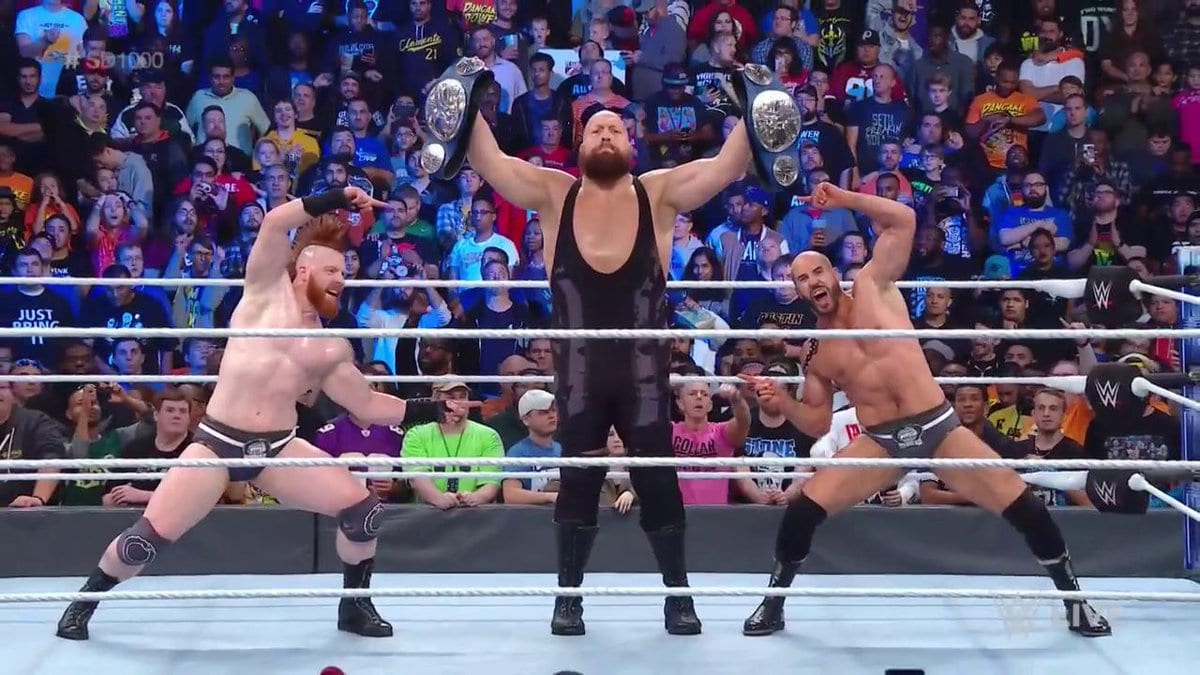 You can watch The Big Show’s heel turn below:

Up next is the main event of SmackDown 1000: Rey Mysterio vs. United States Champion Shinsuke Nakamura – Winner qualifies for the WWE World Cup.

Mysterio comes out to a big pop for this first time ever match.

After good back & forth action, Mysterio nailed a 619 and a Splash to pin Nakamura!

Mysterio has qualified for the WWE World Cup to crown the ‘Best In The World’.

The Miz defeated Rusev earlier in the night to qualify for the World Cup.

All spots for the World Cup have been filled and you can check out the names below:

Mysterio & Nakamura are no longer in the ring.

Undertaker says at WWE Crown Jewel, he got 3 words for DX: ‘Rest In Peace’.

The #Undertaker has three words for #DX at #WWECrownJewel.

Can you guess what they are? #SD1000 pic.twitter.com/uiSMjeTlxH