Below are the results from the 1200th episode of WWE SmackDown:

– Tonight’s SmackDown kicked off with Ronda Rousey. Ronda said she’s not leaving the ring until she is reinstated.

Adam Pearce came out and said Ronda needs to calm down and told her to leave peacefully or else he will send security to escort her out. Ronda took out 4 Security Guards.

Pearce then sent out 2 Cops and Ronda got arrested.

– Gigi Dolin & Jacy Jayne def. Natalya & Sonya Deville to advance to the next round of the Women’s Tag Team Championship Tournament

– Maximum Male Models came out for a promo, but Hit Row interrupted. Top Dolla took them out and Hit Row started rapping.

– The Viking Raiders held a Viking Funeral for The New Day.

– Undisputed WWE Universal Champion Roman Reigns & Drew McIntyre come face-to-face ahead of their match at Clash At The Castle.

Drew said he sees fear and concern in Roman’s eyes as he knows The Scottish Warrior is going to tear him apart and take his Titles.

The two got into a brawl. Sami Zayn came out and tried to help Roman, but Drew took both of them out.

LISTEN TO THAT POP FOR ROMAN REIGNS ☝🏾 #Smackdown pic.twitter.com/lf31PWRMNv

Why wait for #WWECastle?@WWERomanReigns and @DMcIntyreWWE give us a preview on #SmackDown! pic.twitter.com/BYo6mKioD4 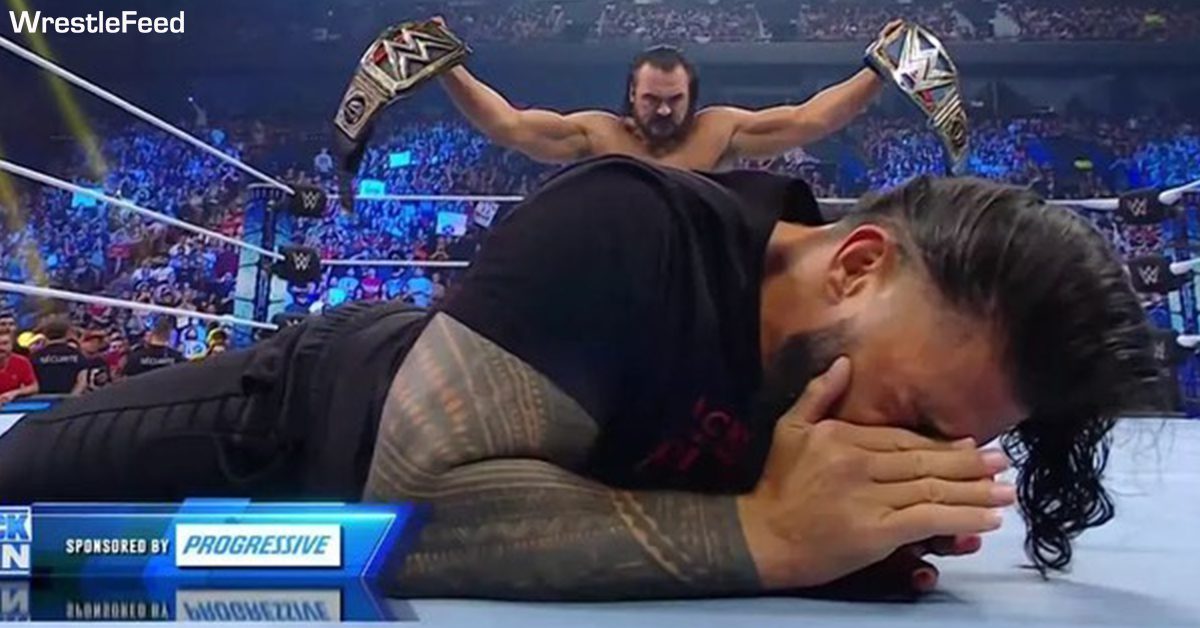