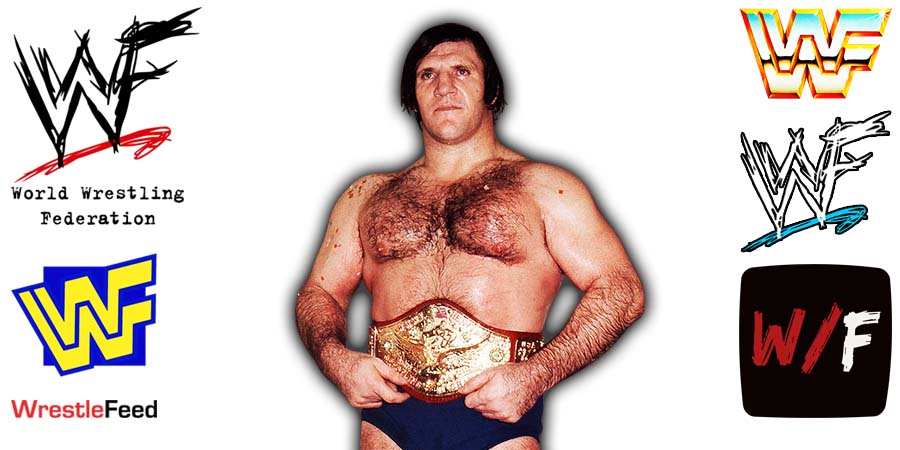 Current WWE SmackDown Superstar Karrion Kross (fka Killer Kross in IMPACT Wrestling) was interviewed on an episode of ‘The Ringer Wrestling Show’ podcast, where he spoke about the reigning Undisputed WWE Universal Champion Roman Reigns and called him a modern-day Bruno Sammartino.

“I feel like everyone should wanna be in the ring with Roman Reigns. For me, I hope nobody minds that I’m comparing him, but, to me, he’s our modern-day Bruno.

Like, what he’s doing right now, in my opinion, is historic for our company’s history. This art of storytelling. It’s an amazing thing, and it’s going very well. People are having fun. They’re enjoying what they’re watching.

It’s something different every week, I could go on and on. That’s the guy that I’d wanna be in the ring with.”

When Kross returned to WWE on the post-SummerSlam 2022 episode of SmackDown, he sent a message to Reigns that he’s coming for him.

However, Kross has been feuding with Drew McIntyre since and hasn’t had a chance to confront The Tribal Chief.

Bruno Sammartino holds the record for the longest title reign as WWF/WWE (then still WWWF) World Heavyweight Champion with his first reign lasting 2,803 days from May 17, 1963 until January 18, 1971.

He also holds the record for the most days as World Champion all together, including his entire time as Champion during both of his reigns, which sums up to a total of 4,040 days.