• SmackDown Star Breaks Up With Her Boyfriend

SmackDown Live General Manager Paige has broken up with her boyfriend Kalan Blehm.

During an appearance on Lilian Garcia’s Chasing Glory podcast, WWE interviewer Charly Caruso revealed that Paige is single once again and how it can be difficult for successful women to maintain relationships because men can get insecure.

Below is what Charly said:

“The other day I was speaking to someone in the company… oh, it was with Paige because she just broke up with her boyfriend somewhat recently.

I told her, ‘You know every guy says they want this strong confident woman and that’s what they love about you and it’s only a matter of time in a lot of situations where then they start resenting you for that and they can’t keep up with you or they don’t like that you’re so dominant or you know so successful because it makes them feel less secure’.”

Below is a photo of Paige with Blehm: 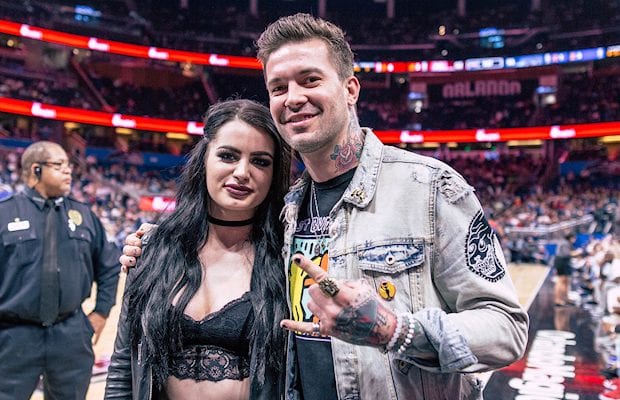