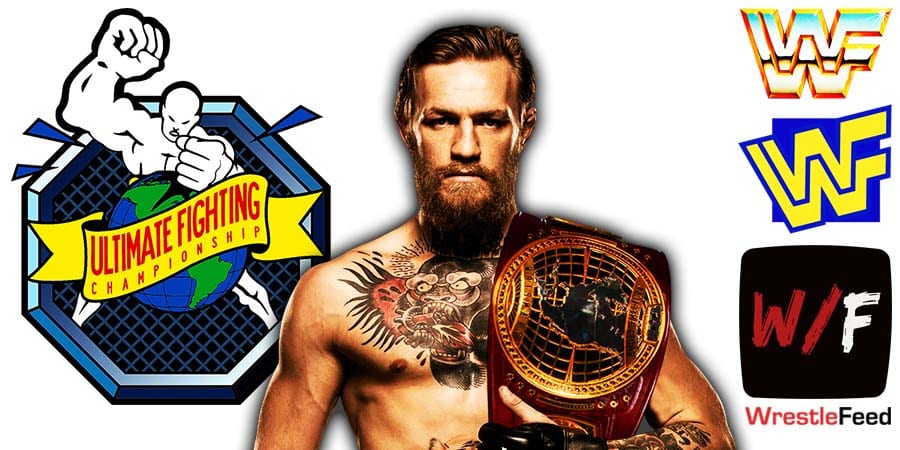 During a recent interview with ViBe & Wrestling, former Intercontinental Champion Big E spoke about UFC Legend Conor McGregor and the possibility of him leaving the sport of Mixed Martial Arts to become a professional wrestler and join WWE.

Here’s what the SmackDown Wrestler had to say:

“I assume that Conor will continue to fight in the UFC. As far as his ability to crossover, I will never roll my eyes or be angry at a celebrity or an athlete from another sport getting opportunities in WWE. I don’t run this company and wasting any time or energy about who’s brought in or who’s hired, it’s a waste.

As far as his crossover ability, if you ask your neighbor who this is, there’s a good chance they’re gonna know Conor McGregor, so yeah, I would never have a problem with that.

Not everyone would welcome him or feel the same, but he’s extremely entertaining, and I think if he did come to WWE, I think he would get a lot of attention.”

This episode was broadcasted from the Conseco Fieldhouse in Indianapolis, Indiana and featured matches, interviews & storyline segments on the road to the ‘WWE SummerSlam 2003’ PPV.