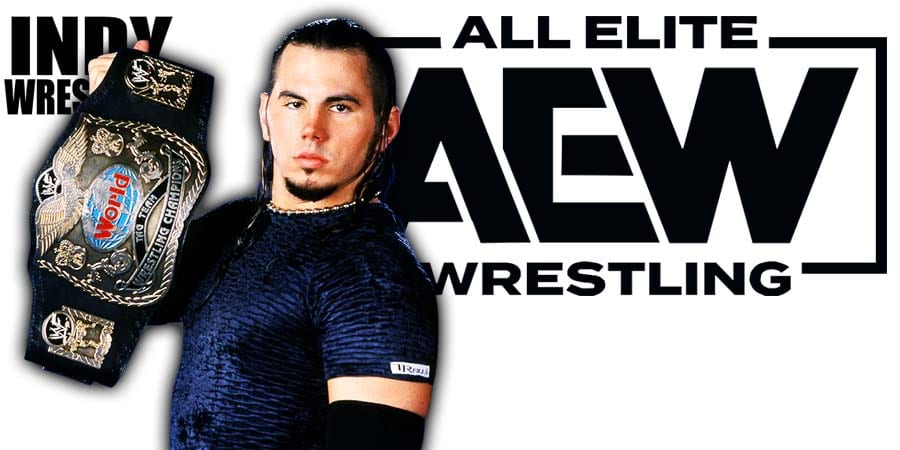 • SmackDown Wrestler “Sick Of This Crap”

On this week’s episode of SmackDown, Apollo Crews lost to Sheamus in about a minute.

Crews was asked about his loss in a backstage interview and he said the following:

“These are the kind of moments…I just want…I’m trying to find the right thing to say right now, but I feel like the only thing I can say is, I’m sick of this crap.”

Former WWE Superstar Matt Hardy is rumored to be “The Exalted One” of Dark Order in All Elite Wrestling.

AEW posted the following tease regarding this:

The first letter of each line above spells out “Matt Hardy”.

Obviously AEW has begun teasing Matt joining their company now that he’s a free agent, but this could also be a red herring and The Exalted One could turn out to be Brodie Lee (fka Luke Harper in WWE).