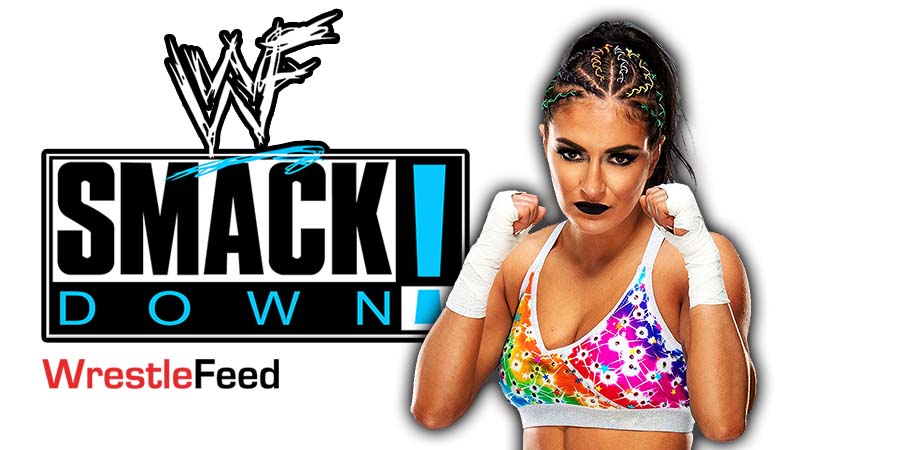 Sonya Deville is working as a WWE Official on-screen and she officiated the title-swap segment between Charlotte Flair and Becky Lynch on SmackDown.

When Charlotte dropped her Title during the segment (which wasn’t planned), Sonya told her to pick it up.

According to PWInsider, Sonya (who’s a former MMA fighter) wanted to fight Charlotte after they went backstage:

“The Lynch confrontation took place in the gorilla position in full view of Vince McMahon and Bruce Prichard, among others and received the lion’s share of attention initially, but Lynch was not the only person upset with Flair.

Two different sources described Sonya Deville as ‘mad enough to want to fight Flair’ and at one point, also having an argument with Flair backstage at SmackDown.”

The tagline of the event was “The Night When Good Battles Evil”.