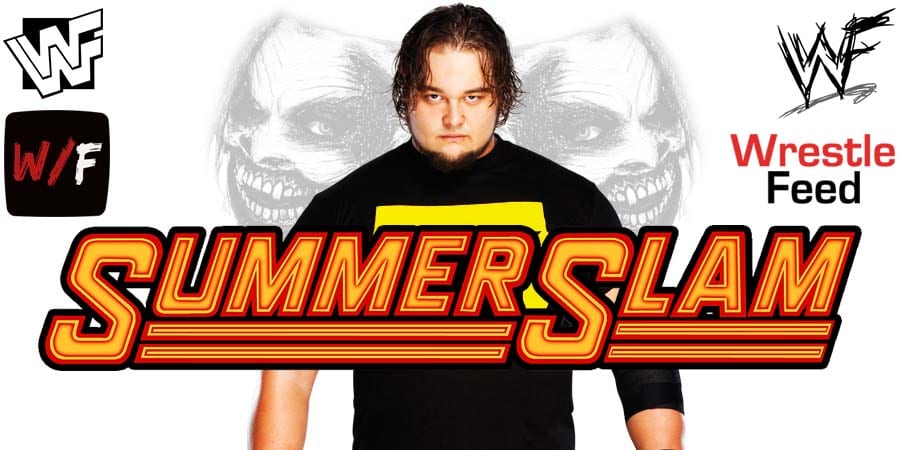 Stevie Ray is famous for teaming up with his real life brother, Booker T, in WCW and together they were known as Harlem Heat.

They won the WCW World Tag Team Championship 10 times and got inducted into the WWE Hall of Fame in 2019.

In 1998, Stevie Ray worked as a singles wrestler on WCW TV and even joined Hulk Hogan’s “nWo Hollywood” Black & White version of the New World Order.

• Special Plan For The Fiend At This Sunday’s SummerSlam PPV

“The Fiend” Bray Wyatt will battle Braun Strowman for the Universal Championship at SummerSlam 2020, from the WWE ThunderDome this Sunday.

As seen before, the ThunderDome is a very huge set and will probably allow WWE to have special entrances for wrestlers at The Biggest Party Of The Summer.

It looks like WWE has a special entrance planned for The Fiend at SummerSlam because Code Orange (the band that composed his theme) keeps teasing something for him on Twitter.

The Fiend was supposed to walk out to a live performance from Code Orange at WrestleMania earlier this year, but the plan was scrapped due to the match taking place at a closed set.

It’s very possible that WWE uses this idea at SummerSlam.