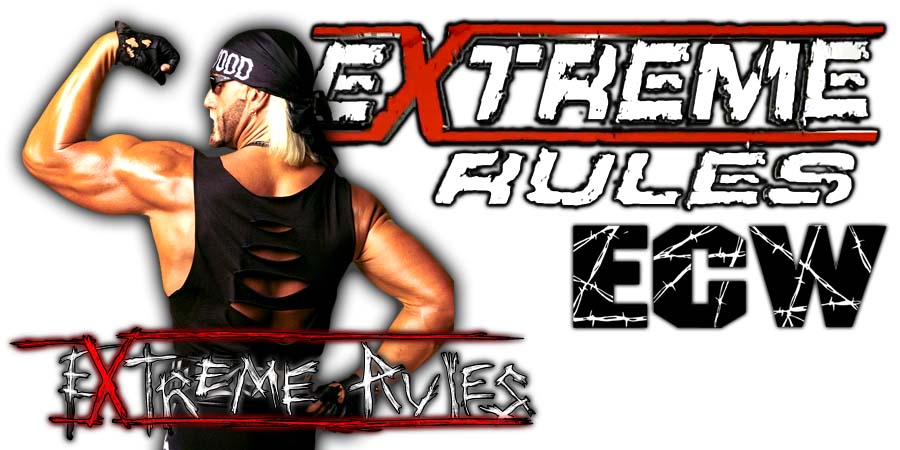 Extreme Rules 2018 PPV (which is the final PPV before the biggest event of the summer – SummerSlam 2018) will take place tonight and there’s speculation going on regarding a major return on tonight’s show.

WWE Hall of Famer Hulk Hogan and Jimmy Hart flew into Cleveland, Ohio last night and that location is only a two hour drive from Pittsburgh, PA (which is where tonight’s Extreme Rules 2018 PPV will take place).

Word going on is that Hogan tried to work the fans by posting a photo of his ‘backyard’, which shows sunset over the coast. Hogan posted this photo on Twitter around the same time when fans were posting photos of him at a Cleveland airport.

My back yard HH pic.twitter.com/V9CW8gt7T6

One of the main reasons why speculation began was that Hogan isn’t scheduled for any appearances for the upcoming days and that’s why this situation looks WWE related.

We are getting reports of Hulk Hogan being spotted on a flight into Cleveland Ohio this evening. Cleveland Hopkins International Airport is 136 miles from PPG Paints Arena, home of Extreme Rules tomorrow night. Not sure what it means, if anything just yet. Stay tuned, brother.

While anything is possible in WWE nowadays (especially after Brock Lesnar defeated Roman Reigns clean in the main event of WrestleMania 34), Hogan’s mega return to WWE on a PPV like Extreme Rules (which is not one of WWE’s top PPV events) sounds odd.

It’s possible Hogan is scheduled to have a meeting with Vince McMahon and other WWE officials backstage at Extreme Rules 2018 as they have been in talks about a return for the Hulkster for a while now and it’s only a matter of WHEN (not IF) Hogan finally returns to WWE.

Hogan made his last WWE PPV appearance back at WrestleMania 31 in 2015.

Speaking of Extreme Rules 2018 PPV, 12 matches will take place on tonight’s show. Below is the final match-card: