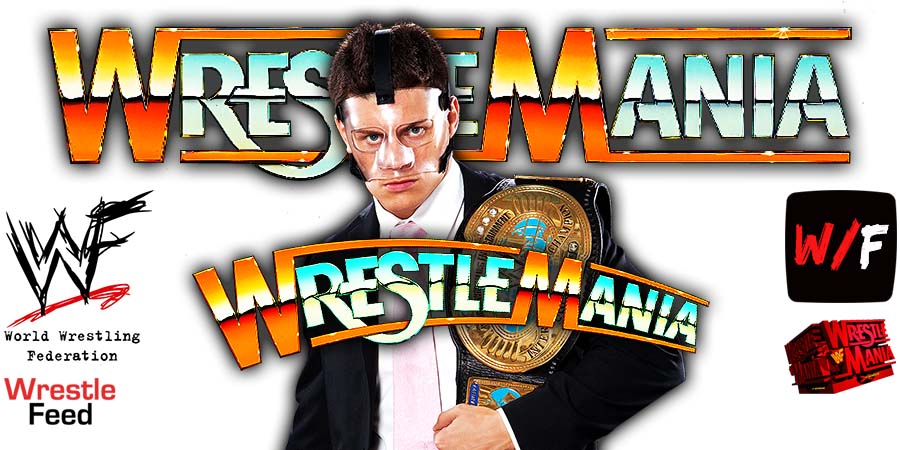 • Spoiler On Current Plan For Cody Rhodes At WrestleMania 39

He had a feud with Seth Rollins, where he completely dominated the former WWE Champion.

He entered the Hell in a Cell match against Rollins with a torn pec and still won.

The next night on RAW, Rollins brutally assaulted Rhodes and Cody was written off WWE programming to undergo surgery and heal from his injury.

According to Xero News, Cody is scheduled to return in time for WrestleMania 39 and will face Rollins once again at the Show of Shows, and this time it could be for the United States Championship:

“Rollins vs Rhodes is 100% still the plan for when Rhodes returns from injury.”

No word yet on if Rollins’ current US Title reign will continue all the way till WrestleMania, or if he will lose and regain before the biggest show of 2023.

Rollins will defend the United States Championship against Austin Theory and Bobby Lashley in a Triple Threat Match at Survivor Series 2022 this Saturday night.