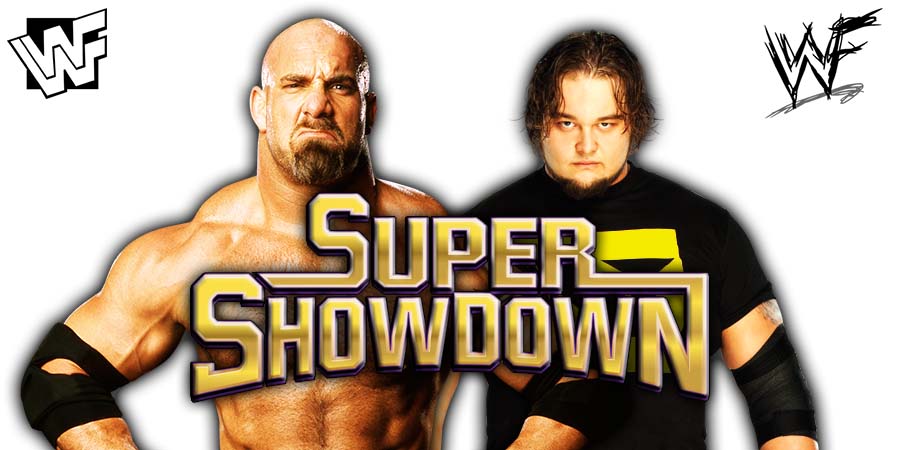 – The Sultan vs. Goldust

As seen on Friday Night SmackDown, WWE Hall of Famer Goldberg made a challenge to “The Fiend” Bray Wyatt for the Universal Championship and Wyatt accepted it.

This title match will now take place at WWE Super ShowDown 2020 in Saudi Arabia on February 27.

Wrestling Observer addressed speculation of Vince McMahon pulling a “Survivor Series 2016” type of shocker with Goldberg again and booking the WWE Hall of Famer to once again become Universal Champion heading into WrestleMania, because he’s a much bigger name and then possibly booking Goldberg vs. Roman Reigns for the Universal Championship at WrestleMania 36.

The Observer noted that current plan is still for The Fiend vs. Roman Reigns for the Universal Championship to take place at WrestleMania 36, so Goldberg is currently going to put over The Fiend big time on the Road to WrestleMania 36.

Expect The Fiend to join Brock Lesnar and The Undertaker as the only men who have defeated Goldberg “clean”.