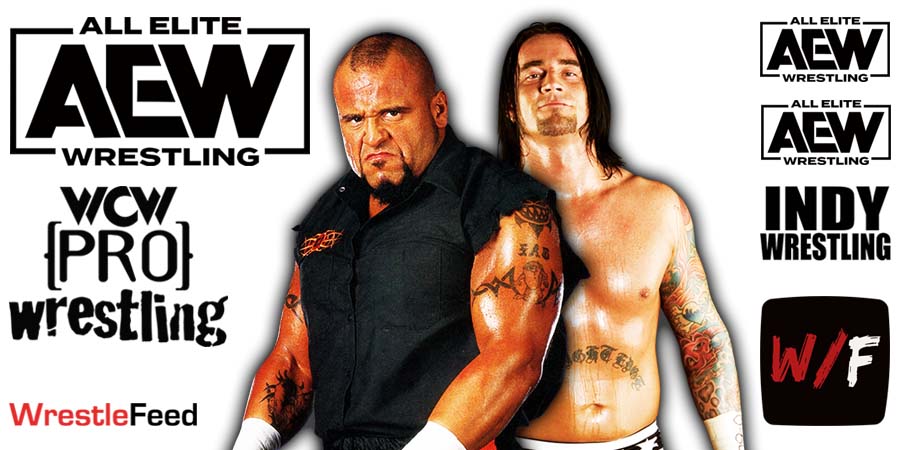 • Spoiler On Outcome Of CM Punk’s Match On AEW Rampage

On tonight’s episode of AEW Dynamite: Grand Slam, CM Punk came out to cut a promo in the ring.

He said people have been telling him they want to see the old Punk, that he should be mad that PowerHouse Hobbs tried to take this all away from him. He imagines the old Punk will be back eventually, but they will regret asking for that.

Punk told Hobbs that he made a mistake by not breaking his neck, as now he’s coming for him and will put him to sleep this Friday night on Rampage.

After Dynamite went off the air, All Elite Wrestling began taping this Friday’s episode of AEW Rampage: Grand Slam from the Arthur Ashe Stadium.

This is going to be Punk’s 1st match on TV in over 7 years when it airs.

Punk went on to defeat Hobbs and remain undefeated in AEW.

We’ll publish the complete spoilers from Rampage soon here on WWFOldSchool.com and on our WrestleFeed App.