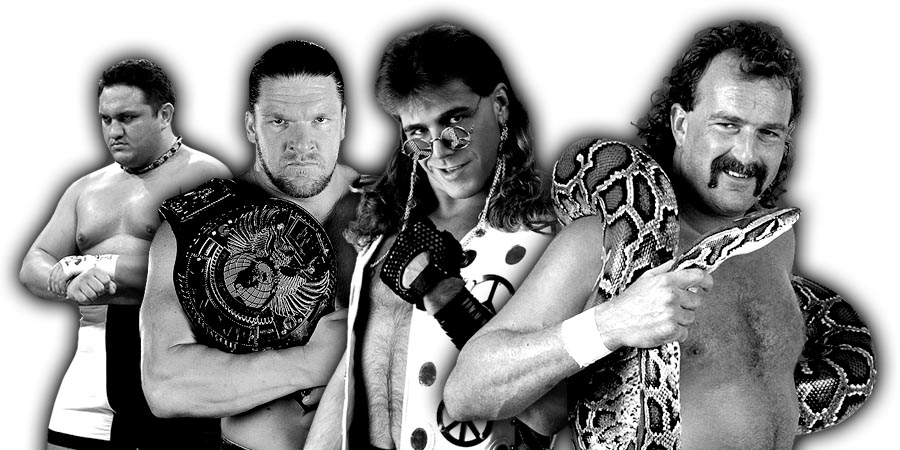 Let’s take a look at the top 13 news stories of the day from the world of WWE (Great Balls of Fire 2017 PPV, Jake Roberts, Alberto Del Rio) & Professional Wrestling:

13. Former WWE Tag Team Champion Talks About Triple H Not Liking His Idea And Saying ‘Just because you came up with it doesn’t mean it is a good idea’

During a recent interview with Wrestling Epicenter, former WWE Tag Team Champion Justin Gabriel talked about Triple H not liking an idea for his character. Below are the highlights from the interview:

On bringing the “Darewolf” to WWE:
“I did want to. That was the plan. I experimented with a lot of different characters. I wasn’t really being used on TV. I was like, ‘All right, back to the drawing board.’ I wasn’t one of the guys that would sit in the back and just collect a paycheck – I wanted to work! I didn’t really care too much about the money back then. I just wanted to work, be on TV, and let people see my work. I started working with a lot of different characters, Dusty helped me with a bunch of promos. Just kind of working on lots of different stuff. We kind of got stuck on this ‘Darewolf’ character. WWE called me ‘Capetown Werewolf.’ I guess this was during the Twilight days? [Laughs] Matt Striker came up with the idea of putting the werewolf and the dare devil together… The character was kind of a dare devil like a modern day Evel Knievel. He came up with the word ‘Darewolf.’ Everyone loved it except Hunter. WWE actually trademarked that immediately. There is something with the patent laws in the US, if you don’t use it in 12 months, it gets abandoned and someone else can apply for it. When I left, I don’t know what I was doing but I was googling. I came across this file that said it was abandoned. I was like, ‘Yep, I’ll just trademark it myself.’ It’s not a word that exists so I was like, ‘Hmm. Could be on to something.'”

On Triple H not liking the idea he pitched:

“Um, I’m not sure if he didn’t like it. But, when I told him ‘Hey, I’ve got this great idea!’ He was like, ‘Just because you came up with it doesn’t mean it is a good idea.’ [Laughs] I have no idea what that means! I still think about it to this day. He’s a very sarcastic person so maybe that’s what he came up with on the spot.”