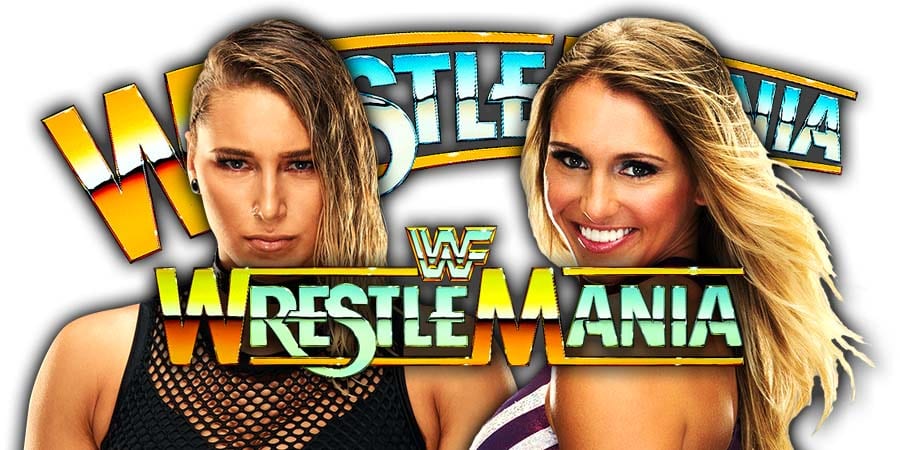 It was broadcasted from the ASU Convocation Center in Jonesboro, Arkansas and featured matches & storyline segments on the road to the ‘WWF No Way Out 2002’ PPV.

1. Chris Jericho vs. The Edge

3. Kurt Angle vs. The Godfather

WWE has been teasing a storyline between NXT Women’s Champion Rhea Ripley and Women’s Royal Rumble 2020 winner Charlotte Flair on the Road to WrestleMania 36.

Ripley vs. Flair is scheduled to take place at WrestleMania 36, but WWE hasn’t confirmed this match yet.

According to PWInsider, this storyline will proceed at NXT TakeOver: Portland on Sunday night as Charlotte will appear at this event:

“The current plan for this Sunday’s WWE NXT Takeover: Portland is for Charlotte Flair to be in attendance to further her storyline with Rhea Ripley leading into WrestleMania 36.”

As of this writing, the NXT Women’s Championship match is the only match featuring a Title from NXT that will take place at WrestleMania 36.