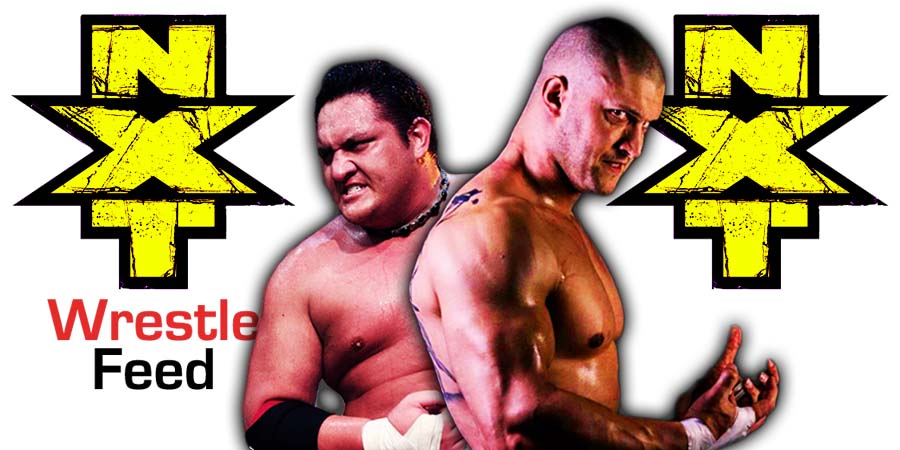 WWE has already taped this week’s episode of NXT, which will be the post-NXT TakeOver 36 episode.

– Ridge Holland def. Timothy Thatcher (After the match, Tommaso Ciampa checked on Thatcher, but Holland shoved him. Pete Dunne joined in and a brawl broke out. Oney Lorcan ran out and then Danny Burch made his return from injury. Thatcher and Ciampa got laid out by the heels)

– In a backstage promo, NXT Women’s Champion Raquel Gonzalez said she’s been waiting for Kay Lee Rae to arrive to NXT for a long time. Raquel was then interrupted by Franky Monet, Jessi Kamea and Robert Stone. Monet made it clear that she’s coming for Raquel’s Title.

– New NXT Champion Samoa Joe came out to the ring to talk about his win over Karrion Kross. He was then interrupted by Pete Dunne, who wants a shot at the NXT Championship. LA Knight then came out and he wants a title match as well.

Kyle O’Reilly then came out, but got attacked by Ridge Holland. Tommaso Ciampa then attacked Pete Dunne from behind. A huge brawl broke out between all men and only Joe & Ciampa were left standing.

– During a backstage promo, Ridge Holland said that he’s going to take out Tommaso Ciampa as well. Holland vs. Ciampa will take place on next week’s episode.

– The Mountie vs. Tim McNeany

– The Berzerker vs. Jerry Seavey