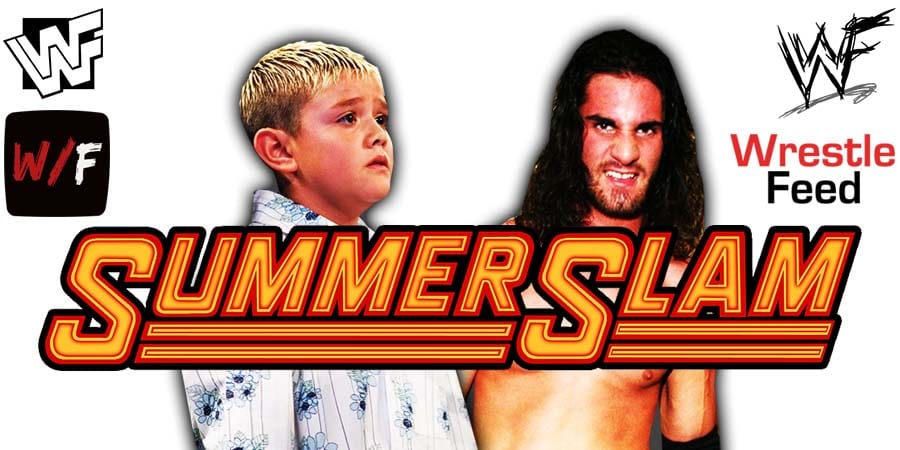 Below are the spoilers for tonight’s WWE SummerSlam 2020 pay-per-view, courtesy of The Dirty Sheets:

– The first women’s title match of the night will be the SmackDown Women’s Championship match. Asuka won’t win the Title. Bayley & Sasha Banks are expected to beat down Asuka after the match, which will lead to Asuka competing against Sasha later in the night while being “injured”. Asuka will then dethrone Sasha to win the RAW Women’s Championship.

– Apollo Crews will defeat MVP, as plan after SummerSlam is for Bobby Lashley to feud with Crews for the US Title and become the new champion.

– Sonya Deville will lose to Mandy Rose in a “No DQ, Loser Leaves WWE” match as she’ll take time off from WWE after her recent traumatic incident involving a stalker.

– Seth Rollins’ feud with the Mysterios is expected to continue after SummerSlam, so Rollins is the favorite to defeat Dominik tonight.

– Braun Strowman might find a way to retain the Universal Championship against “The Fiend” Bray Wyatt in a Falls Count Anywhere match.