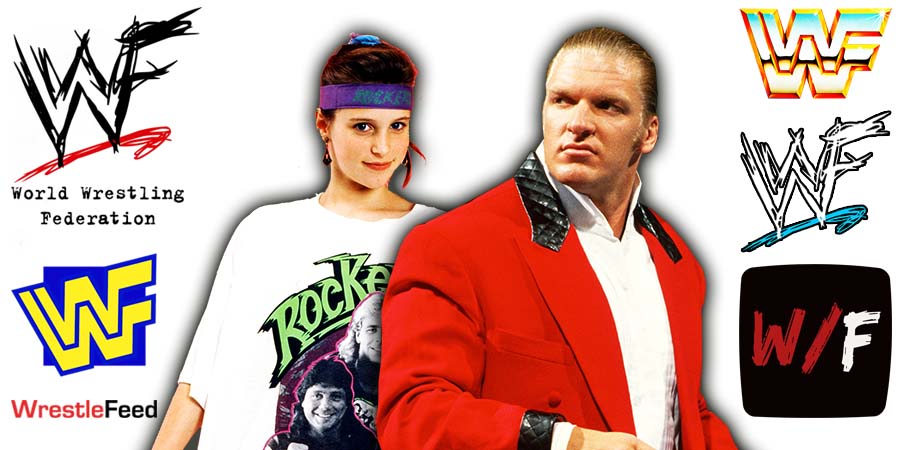 WWE Co-CEO Stephanie McMahon took to Twitter and reacted to wrestling journalist Ryan Satin’s marriage Tweet, in which he re-enacted the famous scene of Triple H marrying Stephanie at a Las Vegas drive-in chappel during a 1999 episode of RAW IS WAR.

“Congratulations @ryansatin and Erica! I highly recommend this approach! While not so memorable, it seems to work out alright! :))))”

Congratulations @ryansatin and Erica! I highly recommend this approach! While not so memorable, it seems to work out alright! :)))) https://t.co/0i4ZDYxJMH

Of course that (kayfabe) 1999 wedding was only a typical pro-wrestling storyline segment and the two weren’t even dating in real-life yet, as Triple H was still with Chyna at that point in time.

However, Hunter & Stephanie eventually got married for real on October 25, 2003 at St. Teresa of Avila Church in Sleepy Hollow, New York.

In WCW he was a member of both factions, Raven’s Flock (1997-1998) and The Revolution (1999-2000), before he jumped ship to the rival World Wrestling Federation in early 2000, joining Eddie Guerrero, Chris Benoit & Dean Malenko who also left WCW for the WWF at the same time.

Together they were known as ‘The Radicalz’.

He stayed with the promotion till his release in 2002 and then went on to wrestle on the indies.