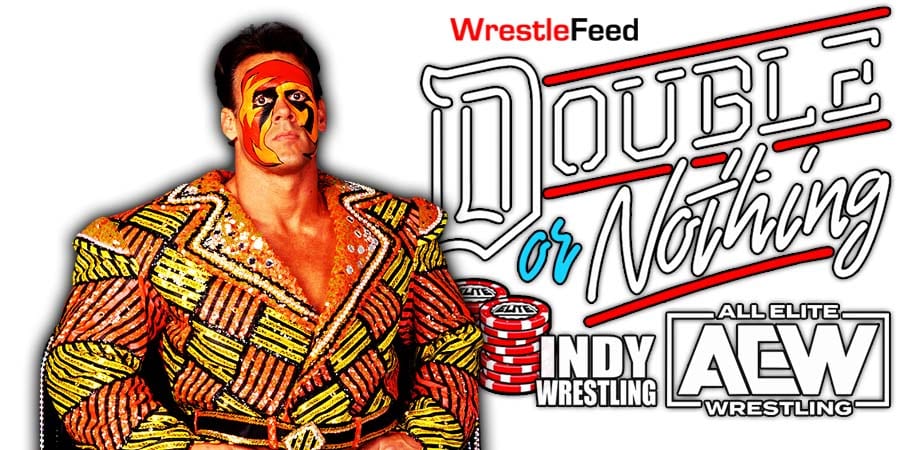 • Sting Is Still Feeling The Effects Of The Last Powerbomb He Took, Reveals How He’s Training For Tonight’s Match

WWE Hall Of Famer Sting will have his 1st match in the ring after 6 years, when he teams up with Darby Allin to take on the team of Scorpio Sky & Ethan Page at tonight’s AEW Double Or Nothing 2021 pay-per-view.

During a recent interview with Paste Magazine, Sting was asked how he’s training for tonight’s match.

“I’m trying to work a lot on mobility, that’s for sure. I don’t recover as quick as I used to, either, so I have to really watch how I train, so I don’t overtrain because, I’m telling you, you just don’t recover the same.

I’m still feeling the effects of the Powerbomb that I took from Brian Cage [in February 2021]. There are a few kinks I still have from that one.

Otherwise, I’m preparing the same. It’s the same kind of stuff, I just have to think about when I do it and what intensity levels and all that.

I’m trying to get the heart rate up as much as I possibly can, so the stamina’s there to go with these young guys.

You can watch Brian Cage powerbombing Sting below:

Also Read: “It could be Taker” – Sting On Why A Dream Match With The Undertaker Didn’t Happen In WWE

Jake was inducted into the WWE Hall of Fame in 2014 by his close personal friend Diamond Dallas Page.

It was also DDP who helped him become clean again, after dealing with alcohol, cocain & crack addictions in the past.