As we noted before, “The Beast Incarnate” Brock Lesnar was originally scheduled to defend his WWE Universal Championship for the first time ever at the Extreme Rules 2017 PPV on June 4. But that isn’t the case anymore.

The American Airlines Center in Dallas, Texas posted a WWE promotional video where they promoted Lesnar defending the Universal Title for the first time ever at WWE’s newest PPV named “Great Balls of Fire”. You can watch the promo below:

JUST ANNOUNCED: @BrockLesnar defends his title when @WWE returns to Dallas on July 9!
PRESALE: Thurs. May 4 10AMTags
ON SALE: Fri. May 5 at 10AM pic.twitter.com/bEhsjvNhNh

Also, it should be noted that plans for the return of Old School WWF PPV “Badd Blood” have been cancelled and it has been replaced with this new PPV. 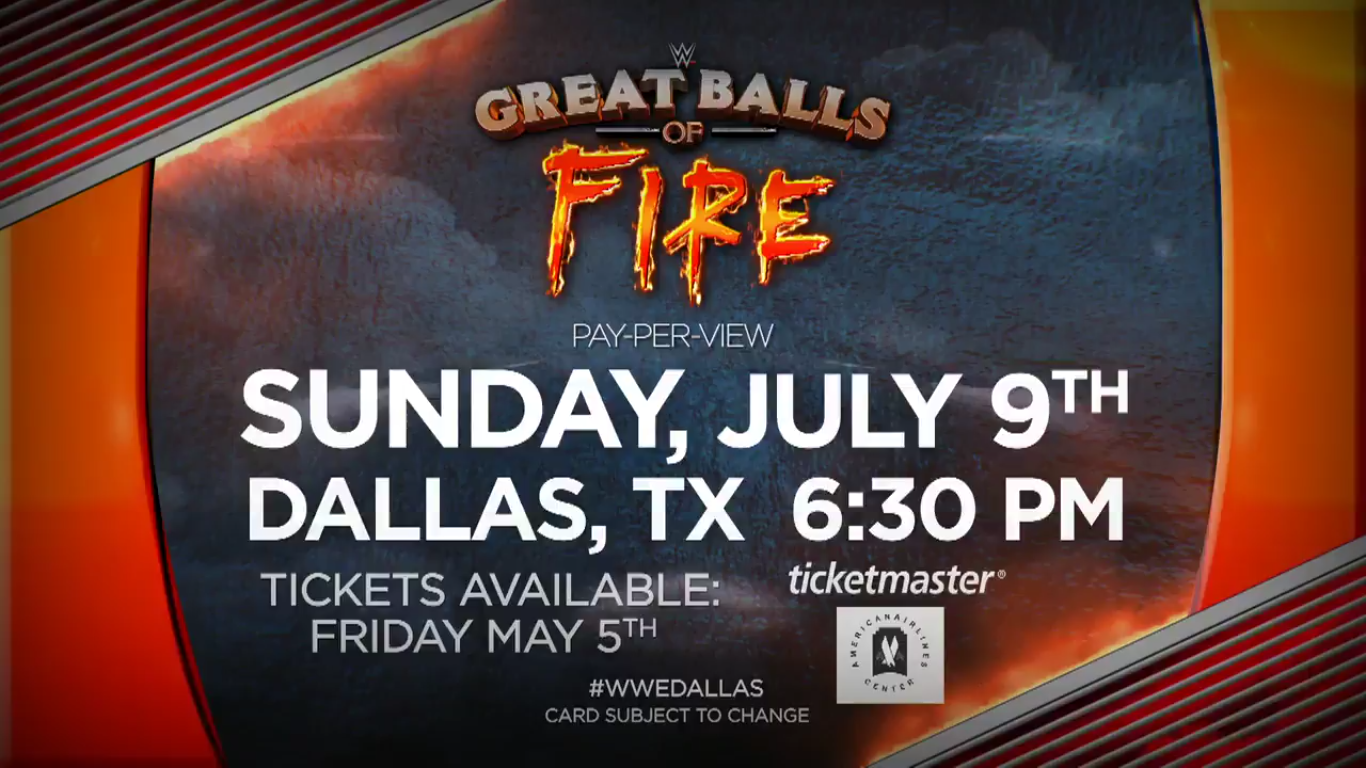 Great Balls of Fire, a Raw exclusive PPV, will take place on July 9th and Brock Lesnar is expected to defend the Universal Title against “The Monster Among Men” Braun Strowman. This will be Strowman’s second Universal Title match (his first one was against Kevin Owens on Raw) and his first Title match on PPV.

Clearly, the most disappointing aspect of no longer being on Raw is knowing I won't be a part of the 1st annual Great Balls of Fire.