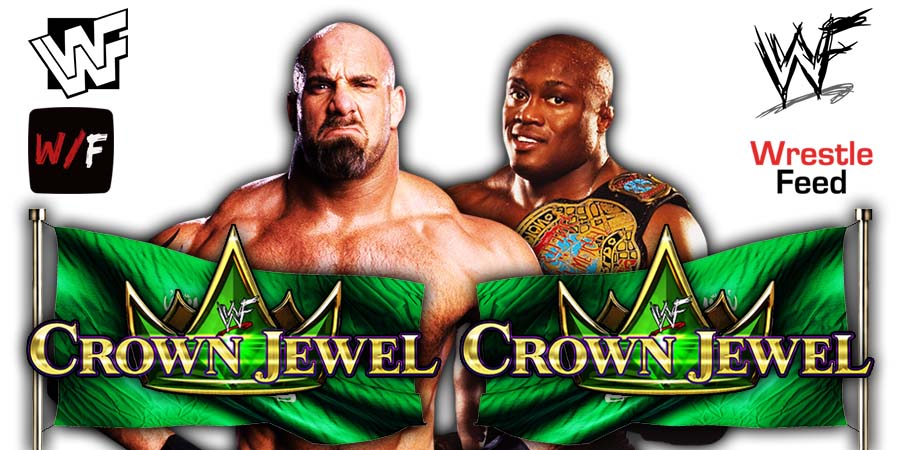 WWE Hall Of Famer Goldberg came to the ring on tonight’s RAW and said what Bobby Lashley did to his son at SummerSlam was intentional. Goldberg then invited Lashley to the ring so he can intentionally break his neck.

Lashley came out and said what he did to his son was a misunderstanding. Also, Lashley doesn’t want to ruin his suit to beat Goldberg up right now.

Lashley agreed to give Goldberg a rematch at Crown Jewel, but under one condition – the match will be No Holds Barred.

Goldberg was very happy with this and said this gives him the license to “kill”. Goldberg said he’s willing to apologize to Lashely’s kids after the match.

“You’re Next and you’re dead.”

Lashley then asked Goldberg what he would’ve done if someone jumped on him from behind. This led to Cedric Alexander and Shelton Benjamin jumped on Goldberg from behind, but Goldberg took them out. Goldberg hit Benjamin with a Spear to end the segment.

Below is the updated match-card for WWE Crown Jewel 2021: