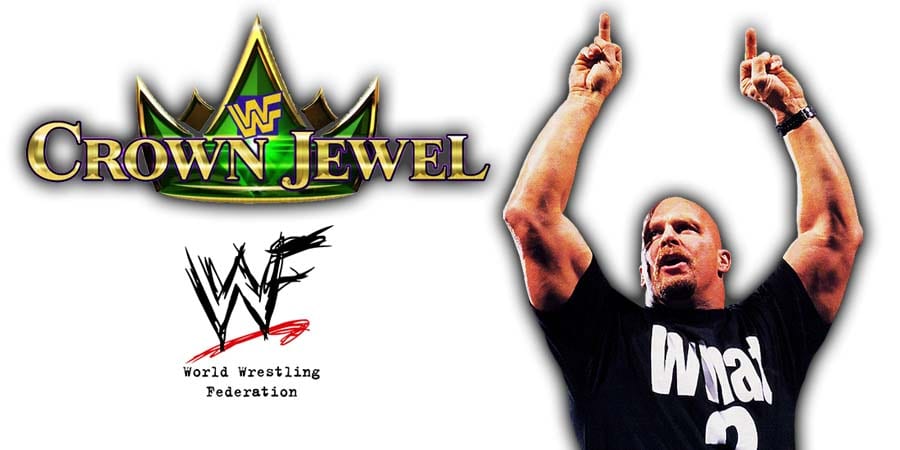 She worked as the Administrator of the Small Business Administration in the Trump Administration and is currently working within Trump’s re-election campaign, where she’s the chairman of “America First Action”.

The Undertaker reportedly makes $2 million per Saudi Arabia PPV match. Goldberg also made $2 million for his WWE Super ShowDown 2019 match against The Undertaker. When Shawn Michaels came out of retirement last year at WWE Crown Jewel 2018, he was paid $3 million.

According to the Wrestling Observer, there’s belief in WWE that “Stone Cold” Steve Austin would be willing to come out of retirement for this type of money for a single match:

“When [Austin] did the podcast with Lesnar and cut an awesome promo, and Vince McMahon was furious because he did such a great job building a match they couldn’t deliver, at the time we were told that Austin would never wrestle again. But there’s never been this level of money out there for one match.”

It should be noted that top UFC draws like Conor McGregor and Brock Lesnar make this type of money for a single fight (excluding the PPV cut).

During a recent edition of the Steve Austin Show podcast, Austin talked about his physical health and if he’s healthy enough to have one more match.

“For the last couple of weeks, down there at the RAW Reunion in Tampa, down there at the Madison Square Garden show at Monday Night RAW – people always ask me, ‘Hey man, you’re still in really good shape. You got one more match left in you?’ And I tell them, ‘Man.’ I say, ‘You know, it’s a tough thing to think about.’

Physically, would I be able to have one more match? Yes, most definitely, and I could make it to that match without being injured. Although the risks are always there, just because I think all of the surgeries, I had… where I had the spinal stenosis, and getting that bone spur taken off my spinal cord – I’m in a good place. Nerves are feeling a lot better than they use to.