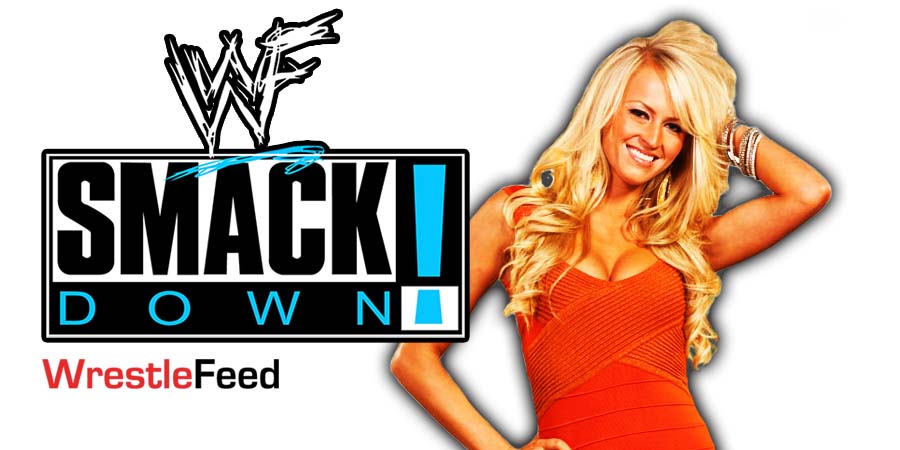 Former WWE Diva Summer Rae will be returning to in-ring action on January 29, when she competes in the Women’s Royal Rumble match.

She appeared on last night’s SmackDown, where she was shown ringside. She signaled Natalya that she has her eyes on her.

During this appearance, the ring announcer introduced her as a “WWE Legend”.

A lot of fans were upset by this, as she wrestled on the WWE main roster for 4 years and didn’t win anything significant.

This led to Summer issuing the following statement on Twitter:

“I’m seeing so many complaints that WWE called me a Legend. I don’t make the rules ya’ll. They said what they said.”

As seen on multiple occasions before, WWE has made a habit of referring to former wrestlers as “Legends”, even if they haven’t done much.

WATCH: Summer Rae Shows Off Her Buns On A Beach:

On this day in 1995 we lost legendary AWA Veteran “Crusher” Jerry Blackwell at the age of 45 due to complications from several injuries, after a car accident a few weeks earlier.