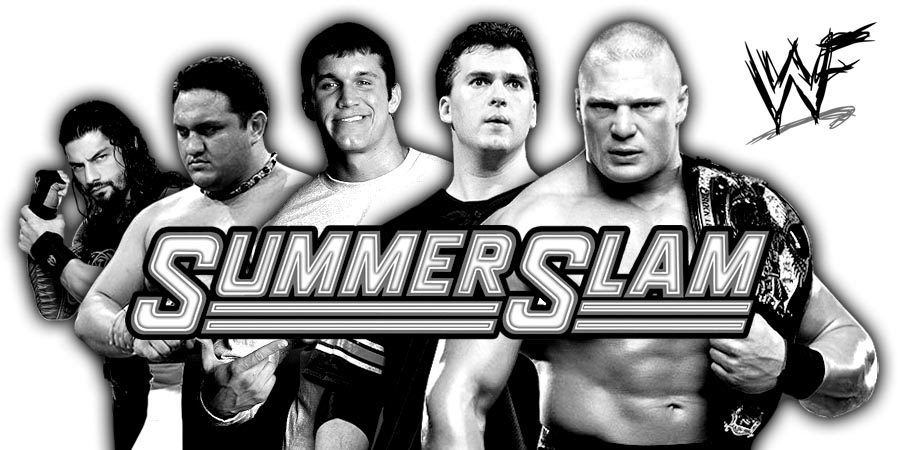 During a recent appearance on the Sam Roberts Wrestling Podcast, WWE Champion AJ Styles talked about if he plays video games when he goes home, if he would have felt accomplished in his career if he hadn’t come to WWE, why he doesn’t believe in doing those crazy dives, and Daniel Bryan’s comeback reminding him of Shawn Michaels’.

On if he plays video games when he goes home:

“Everybody knows that [I need my alone time], that is why they have their Xbox and I have mine. My oldest son got one for Christmas a couple of years ago so he plays his. I got the XBox 1X, and I gave my other son the Xbox 1S, so everybody has their own Xbox and Nintendo Switch. There are times when they are up late at night playing their video games, and it’s really hard for me to get on them because I am up doing the same thing. There’s actually a proud part of me that is happy they embrace playing video games, but then there’s this other part of me that understands what other parents were saying [about video games] a long time ago. I am really making them angry here.”

On if he would have felt accomplished in his career if he hadn’t come to WWE:

“I would have been happy in my career even if I hadn’t come to WWE. I have accomplished so much more than I thought I could. I have always had confidence in myself, but sometimes you need a little bit of help to get to the next level. So, the fact that I was able to accomplish as much as I did without WWE I believe is a big deal. It sure is a relief that I got here and am able to do well. If you can do well in WWE, you have accomplished something.”

On why he doesn’t believe in doing those crazy dives:

“There was something that happened to me on the indies where it really made me change the way that I think. On the independent shows these guys were doing crazy dives, so I thought, ‘well, gosh, what am I going to do?’ I did a simple dive but made it look pretty and graceful and it got the same response if I would have done a crazy dive. I then thought, ‘wait a minute, so you have to make stuff look effortless, and smooth and the way you do it rather than what you do’. You have to have a mix of both to see where they fit, and the only way that you would know is through experience. People think that I have gotten older that is why I am slowing down, but that’s not the case. It just doesn’t fit, that is why it’s not there anymore. So many things are like that.”

On Daniel Bryan’s comeback reminding him of Shawn Michaels’:

“Selfishly, I was hoping he [Bryan] would have gotten cleared before. Did I expect him to be cleared? No, but the fact that he did is awesome. Reminded me of when Shawn Michaels came back. I remember just praying for him to not get hurt because you just never know, and then he goes out and becomes Shawn Michaels. I feel like I am in the best run of my career as well.”

According to WrestleVotes, SummerSlam 2018 plans might disappoint majority of fans. Below is what they posted: