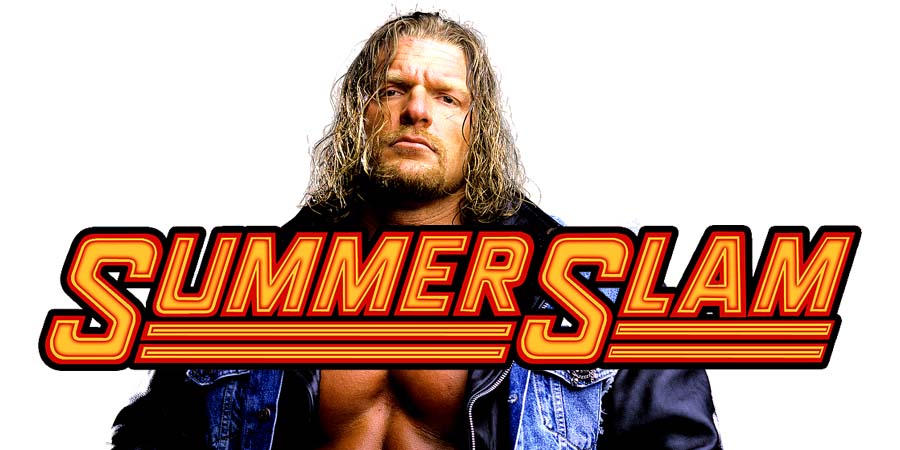 During a recent interview with Sportskeeda, SmackDown Live Superstar Samoa Joe talked about how the backstage environments are different at RAW and SmackDown, who he would like to face next if he wins the WWE Championship against AJ Styles at SummerSlam & more.

On how the backstage environments are different at RAW and SmackDown:

“Well, backstage, I do my own thing and have my own spots in the locker room so environmentally it’s not very different for me. But, the backstage environments are vastly different, but that is mainly because of the personalities. You’ve got some very unique individuals in the WWE and it’s a completely different nexus on SmackDown than it is on Raw.”

On who he would like to face next if he wins the WWE Championship against AJ Styles at SummerSlam:

“That answer is very simple. It would be whoever is worthy of being the number one contender. If we look up and down the SmackDown roster, we could see a lot of great possible match-ups. There are the Jeff Hardy, Shinsuke Nakamura and Randy Orton out there, not to forget Rusev. You know, there are a lot of first time ever match ups there. After I win the Championship, I’ll be happy to take on anyone.”

On who from NXT could be a top star on the main roster:

“I think Aleister Black is a good bet, then there is Velveteen Dream. There is a great crop of talent, and some of the newer guys are picking up well.”

According to WrestleVotes, SummerSlam 2018 will break a 3 decade long streak as it won’t feature any of the following superstars:

In all the SummerSlam PPVs till now, at least one of the above mentioned names have competed at the event. But this year, none of them are booked for the show.

Currently, as is, this will be the first SummerSlam ever to not feature one of these 4 superstars: Bret Hart, The Undertaker, Triple H or John Cena. In the past 31 years, the card has incldued at least one of them. pic.twitter.com/ZhwfgPrGhH